Home Lifestyle>Arts & Entertainment The Refocus Project: An Initiative To Elevate and Restore Marginalized Works to... 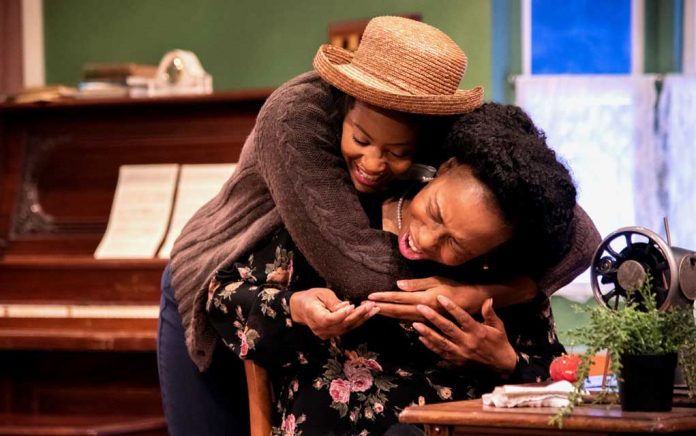 A project to promote works from underrepresented communities in American theatre is now under way with a spotlight on twentieth-century Black plays and their playwrights.

“We are thrilled to participate in Roundabout’s Refocus program this Spring,” said actress/singer Vanessa Williams, former Miss America, a founding member of BTU, and board member of Roundabout Theatre Company. “Our focus at the Black Theatre United encompasses inclusion, education and making necessary changes in the business of theater.”

Rachel (a scene from Philadelphia’s Quintessence Theatre Group’s production pictured above) was also scheduled for May 4-7. The remaining Year-One works are  I Gotta Home (May 7-10), by Shirley Graham Du Bois, directed by Steve H. Broadnax III); Spunk (May 14-17) by Zora Neale Hurston, directed by Lili-Anne Brown; and  Wine In The Wilderness (May 21-24), by Alice Childress, directed by Dominque Rider.

“The process of researching and reading these plays has been an education in both Black history and American theatre history, and it’s been exciting to spend time exploring that intersection,” said Anna Morton, Roundabout’s literary manager.

Jill Rafson, Roundabout’s associate artistic director, added, “We know these writers will inspire playwrights and audiences today if they are simply given the chance to be seen, both through this series and at theatres across the country.”

The hope is to encourage theater makers and artistic directors to network and use the library platform to promote their work.

“The ‘Literary Ancestry’ essay series for Refocus is about creating a collection of personal craft essays by Black playwrights about a non-living Black playwright that lives in your work,” Harris said. “I’ve always thought that there was a profound lack of writing by playwrights about other playwrights, and an even greater lack of playwrights writing about themselves. And so I wanted to curate a body of work that aims to honor the craft and tactics of a literary ancestor while also honoring yourself as a playwright who is now a part of that same canon. This canon that is as old as this country itself, and yet is underproduced, understudied, and continuously disrespected by the white-imagined theatre canon that has been institutionalized.”

Commenting on The Refocus Project, Todd Haimes, Roundabout’s artistic director and CEO, said, “As our theatre begins this long overdue work, I’m grateful for the talented group of artists who have gathered to create Refocus,” said. “I’d also like to thank our friends at Black Theatre United, Ford Foundation and Bank of America for joining us. We look forward to doing our part to realign ourselves with the great works of these American artists.”

Michael B. Jordan Teams with Warner Bros. to Launch Policy on...