Home Career_22 NO TIME LIKE THE PRESENT TO GET A JOB 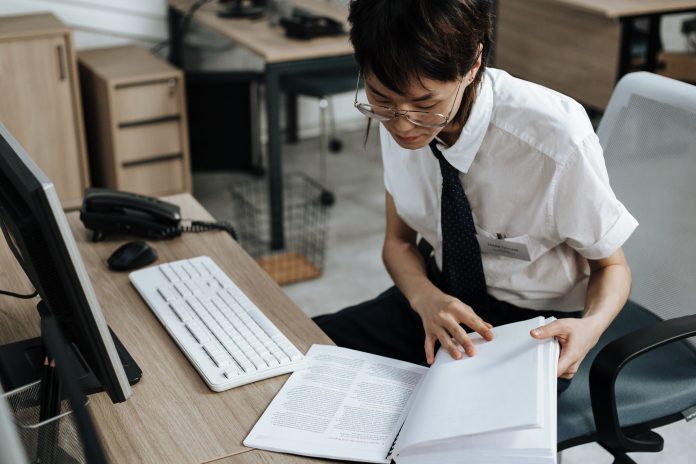 The economy is still growing nicely and more people have joined or rejoined the labor force, with nearly 400,000 new jobs added in the most recent month. One — or even two — of those jobs should be yours!

With daily consumer costs rising and the stock market falling, retirees suddenly realize their plans could be upended. Younger families see the cost of food and fuel taking a bigger bite out of each paycheck, causing them to make trade-offs in spending.

Yes, wages are rising at a 5.2% annual rate according to the most recent jobs report. But that isn’t enough to keep up with inflation, which hits fixed-income people harder. So it’s time to “fix your income” while — as my grandmother used to say — “the fixing is good.”

There are still jobs going begging — and employers begging for help. Restaurants have empty tables, but people must wait in line because they don’t have servers. Try to get someone to do home repairs; they’re all busy building new houses. And it takes much higher wages to attract people in service jobs like policing, nursing and teaching.

The pandemic made people question the value of work, when life and safety were at stake. Many could work distantly, but others lost jobs in the physical world and decided to “retire early.” Stimulus payments cushioned the impact of those decisions. Others lost jobs not by choice.

Today the demand for workers exists in almost every segment of the economy. But these golden days might not last forever. As the Federal Reserve raises interest rates to slow the economy, jobs will stop being plentiful. Savings will start running out. And inflation will diminish their buying power.

Many seniors have already gotten the message that retirement plans need to be re-examined. The pandemic spurred baby boomers to leave work in the so-called Great Retirement. But now a growing number of boomers have “un-retired” since summer of 2021, according to a report on CNBC. As of April 2022, 3.3% of people who were retired a year earlier became employed — meaning about 1.7 million people have come out of retirement over that time, the study found.

It’s easier to find a job — full or part time — as a recent retiree than it will be if you wait until you’re running out of money in 10 years. Many employers will hire you as a temporary or contract worker, since that means you get a 1099 and they don’t have to pay associated benefits. It works for all.

AARP has a “pledge” section on its website, listing companies who have promised to “affirm the value of experienced workers.” And at FlexJobs.com, searchers can find jobs specifically looking for experienced, older workers. Many have become so-called “boomerang” employees — headed back to work at their previous employer, but on a free-lance, flexible basis.

Younger workers have experienced the freedom of work from home. Some miss the office setting with friends, while others appreciate the flexibility of getting the job done on their own schedule. But that’s missing the point of the current environment. Whether you fill in empty hours by being a server in a restaurant or getting a weekend job, now is the time to make extra money — and save it!

The prospects of a long, lazy summer have encouraged many people to procrastinate on a search for a second job or even a more demanding but better-paying first job. In hindsight, they will look back on this as a missed golden opportunity.

It’s been almost 15 years since we’ve lived through a prolonged recession, with job loss and anxiety. (The 2020 collapse doesn’t count because it was cushioned by generous unemployment benefits.) An entire generation is about to learn a lesson the hard way.

The Fed must fight inflation since it is a tax that is particularly cruel to seniors and those in low-paying jobs. They will always fall behind in inflationary times. But their task may be painful.

We all hope that the Fed can engineer a “soft landing” without a stock market crash or a job-busting recession. But it’s best to prepare now, just in case.

The difference between internships and externships