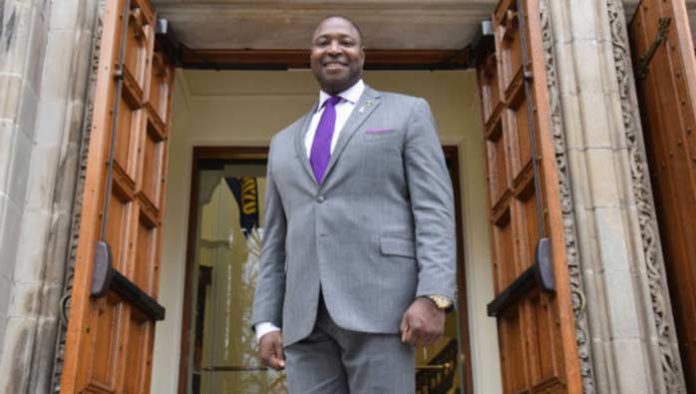 Dr. Donald A. Outing, previously chief diversity officer and director the Office of Diversity, Inclusion and Equal Opportunity for the U.S. Military Academy (USMA) at West Point, has been named Lehigh University’s first Vice President for Equity and Community. Dr. Outing is also an associate professor in USMA’s Department of Mathematical Sciences.

In that role, Dr. Outing served as the academy’s senior leader in coordinating efforts to create a more diverse environment, developed and implemented the USMA diversity and inclusion strategic plan, and created an integrated assessment process that allows senior leadership to measure effectiveness. He was the principle strategic communicator for West Point’s diversity and inclusion endowment campaign.

Dr. Outing will report directly to Lehigh President, John Simon, and will be the senior administrator responsible for developing and implementing a comprehensive plan to enhance and continue to build on the University’s efforts. His responsibilities will include developing and implementing initiatives through strategic planning, training, education and research, community relations, policy development and communications. In his inaugural role, Dr. Outing will coordinate with University administration, deans, department heads, trustees, and a variety of groups and individuals already engaged with diversity and inclusion efforts on campus.

“This is an exciting step in Lehigh’s efforts to foster a campus culture of equitable community, and one that I’m certain will have an immediate positive impact,” said Lehigh President John Simon. “With the addition of Donald Outing to the University leadership team, we will have one individual focused solely on leading and coordinating all our efforts to create a more diverse, inclusive and welcoming campus environment. I look forward to working with him to advance our efforts.”

He was certified as a diversity and equal opportunity practitioner in the U.S. Department of Defense in 2015, after completing the Defense Equal Opportunity Management Institute (DEOMI), and received the Commandant’s Award for highest overall achievement. He also was certified to mediate employment disputes within the defense department that same year.

Prior to his current role at West Point, he was the founding director for the Center for Leadership and Diversity in STEM for the U.S. Military Academy at West Point. In that role, he conceived and implemented an innovative STEM outreach strategy directed at middle school students that impacted more than 10,000 students nationwide. He was awarded more than $700,000 in grants in support of these initiatives, which also focused on best practices for marketing to underrepresented populations and underserved communities.