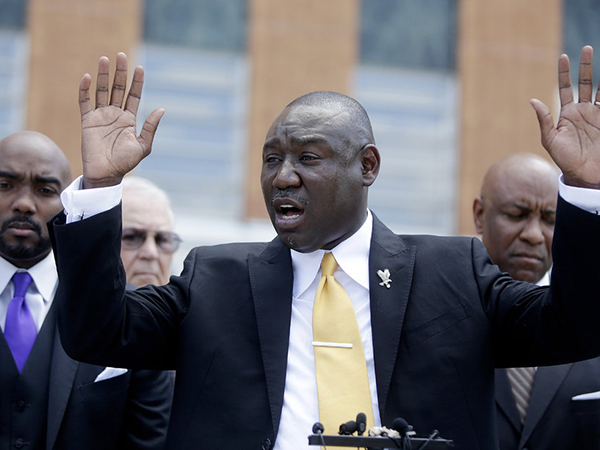 ?We are at a pivotal time in American history, when the hunger for social justice is spurring a renewal in our civil rights movement,? Crump said. ?Tapping into a nationwide team of talent gives us the scale to help individuals across the country and the ability to bring class actions and mass tort cases that can spur the progress toward real change.?

Touting a nationwide network of top lawyers, the firm will have offices in Washington, D.C., Los Angeles and Tallahassee. Ben Crump Law has established an affiliation with the Morgan & Morgan law firm to create linkages with some of the top lawyers in the country, allowing the firm to handle cases anywhere in the country as part of the Ben Crump Law network.

In addition to his work with the new firm, Crump will host TVOne?s ?Evidence of Innocence,? which is based on wrongfully convicted citizens who have been exonerated by clear and convincing evidence. He also will lead the investigation on A&E?s upcoming documentary series ?Who Killed Tupac?? and can be seen on the new film ?Marshall,? set to release October 13.

A distinguished civil rights advocate, Crump has been honored with the Henry Latimer Diversity Award, The Florida Association of Fundraising Professionals, Outstanding Philanthropist of the Year, National Newspaper Publishers Association Newsmaker of the Year, and The Root 100 Top Black Influencers. Crump also has served as president of the National Bar Association. He has been recognized by Ebony magazine as one of the 100 Most Influential African Americans and has received the National Civil Rights Museum?s Freedom Award, the American Association for Justice Johnny Cochran Award, the NAACP Thurgood Marshall Award, and the Southern Christian Leadership Conference?s Martin Luther King Servant Leader Award.