Home Personal Finance Home Owner Buyers hang hat on technicalities of the contract. Is the seller out... 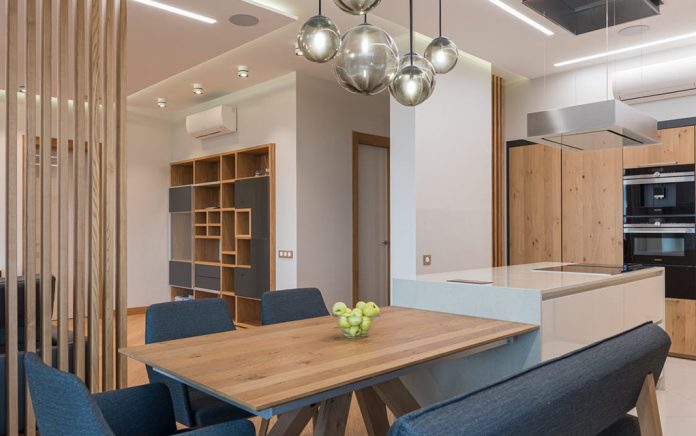 Q: I am the designated power of attorney for my husband, who is a firefighter. He was exposed to chemicals at a gas station explosion, had a severe reaction, and I have been taking care of him since 2016 because he now has early onset Alzheimer’s, encephalopathy and Parkinson’s.

His care has been getting expensive, so I thought I would sell our home to raise money to help care for him. I put him in an assisted living facility a few weeks ago, so I could start packing and move to a home I was trying to close on by mid-September.

On Sept. 1, the assisted living facility called and said they had residents who had contracted COVID-19, so I went to pick him up and bring him home because he was still healthy. During the three-hour ride home, he was moaning in pain, so I called the assisted living facility several times to ask what had happened to him. Finally, they admitted that they had dropped him on the bathroom tile that morning, didn’t take him for evaluation, and never told me.

I took him to the ER, where it was determined he had a broken hip and needed emergency surgery and extensive rehab. He will never walk again and is now wheelchair bound.

When I called my agent about the house I was buying to say I would be delayed for an unknown amount of time, he told me to just back out of the deal because it wouldn’t be fair to the sellers. He asked the sellers if they wanted to wait and they declined, so we terminated the contract and I lost my $2,500 deposit.

I also asked the agent who is listing my home to stop the sale because I am simply not able to sell and care for my husband, and pack and find a home that will accommodate my husband’s new, profound level of disability. And my current home is fully accessible.

The buyers have said they will not let me out of contract and will force me to sell in the middle of the month, leaving me homeless and without a place to bring my husband when he is released from the hospital.

I contacted a lawyer. He said my listing agent made a series of errors and omissions and she should have added a contingency to the agreement that my sale was based on having closed on another home, especially since when I listed my house, I told her I was under extreme duress and felt my only recourse to secure my husband’s future was to sell the property.

My attorney wants to address the fact that the agent didn’t have my best interest by providing a contingency, but I am just plain scared. My husband is currently in the hospital and he will go to rehab. But with the advanced dementia and extensive new disability, I don’t know where he will go from there. I could have significantly higher expenses if he were forced into a nursing home.

The buyers say because I am the designated power of attorney and I am not sick they can force the sale. I have asked them to let me out of the contract because everything is happening faster than I can manage. I feel like I was not even in the right frame of mind to enter a listing contract, as I have been caring non-stop for my husband, and because of the pandemic I have had no access to help.

How can I stop the sale?

A: We feel terrible for what you and your husband are going through, both with the medical condition he is in and your current problems you’re having in selling your home. Sam has had situations where some buyers and sellers have been understanding about extenuating circumstances and have allowed his clients to bow out of deals. But he also has had clients that have firmly adhered to the terms of their contracts.

You updated your email to let us know that you were referred to an attorney from the Alzheimer’s Association. We’ll start with our initial response, as there may be others in similar situations, and then we will address your new attorney.

When the tables were turned, you wanted the same outcome from your buyers. However, their lack of understanding or compassion surprised you. They wanted your house above all else. Unfortunately, being understanding or compassionate are not legal terms or clauses in real estate contracts. Your purchase and sale agreement governs your duties and responsibilities in the deal.

Most purchase and sale agreements require a buyer to buy and a seller to sell a property under the terms set forth under a purchase and sale agreement. Many agreements contemplate casualty and destruction issues. Many take into consideration whether a buyer can and does obtain financing for the purchase of a home. Almost none contain clauses that discuss what happens when either the buyer or seller dies or becomes seriously ill.

If you die while selling your home, your heirs could step in to sell the home. If the purchase and sale agreement is silent regarding the illness or death of a buyer or seller, the contract continues to be valid and enforceable.

Where does this leave you, and others that have suffered losses during the pandemic or have encountered health issues or even death?

Back to your new attorney: You mentioned that your attorney has now reached out to the buyer’s attorney and the real estate agents to let them know that he believes the agents were negligent in failing to include a contingency for your situation, that the contract was not signed properly and is invalid. He believes that while the buyers may argue you had the intent to close on the sale, proving that the contract was signed properly will be costly and time-consuming and that ultimately the buyers will simply give up and move on. We hope so.

Given this additional information, it appears you’ve found a competent attorney who has handled this sort of thing before. Your buyers will now have to decide how much money, time and effort to put into forcing you to sell.

On a side note, we understand it has been an extremely strong sellers’ market for the past 18 months, and buyers are frustrated that there is competition for the best homes. We believe they could have simply asked you to pay any out of pocket expenses they may have had and started looking for a different home. They could have also let you know that they would still be interested in buying your home if your situation changed and they had not found a home. You may decide to move if your husband’s condition changes again, and if the buyers had treated you with compassion, you could have given them the chance to buy it down the road.

As it now stands, neither you nor the buyers will want to revisit this transaction. Again, we’re sorry you’re having to go through all of this and hope it all works out for you and your husband.