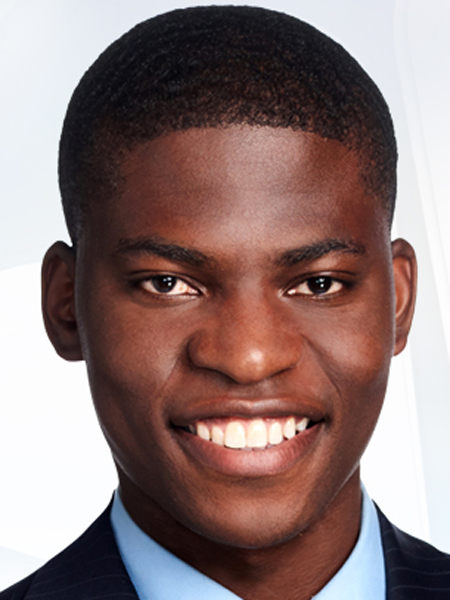 In journalism, as in life in general, the story sometimes finds you and sometimes you find the story. Wal? Aliyu could not have written a more perfect script for one of his biggest stories. A week after Aliyu moved to Cleveland, Ohio, in 2014, NBA superstar LeBron James announced he was moving back to his home city. Two years later, Cleveland was celebrating its first professional sports championship in 52 years. Aliyu reported on how the city?s psyche was reenergized. It was a magical time for someone who fell into journalism during in an internship program in high school. ?It was a two-year program and the first year I sat at a desk in a hospital, completely bored. For the following summer I begged for something more exciting. That?s how I ended up in the television station,? Aliyu recalls.

He graduated, cum laude, from the University of Missouri with a bachelor?s degree in convergence journalism/broadcast. Reporting for KOMU-TV8, Newsy.com, WKYC in Cleveland, ABC 22/FOX 45 in Dayton, Ohio, and now as a reporter for NBC4 New York since 2016, he has covered major stories, including the police shooting of 12-year-old Tamir Rice; human trafficking and, of course, the Cleveland Cavaliers? NBA win. He recounts, ?One of the first television stories I ever told was on human trafficking back in 2007 while I was at KOMU-TV8. This was before anyone was really talking about it. We found a human trafficking victim who was arrested for prostitution. Our story helped get her out of jail and spread awareness on a worldwide issue that had come to our little town.?

Born in Nigeria, Aliyu is a recipient of The Press Club of Cleveland?s Ohio Excellence in Journalism awards for Online Storytelling and Online General News Story. Asked what he would do with enough time and money, he responds, ?End poverty!?