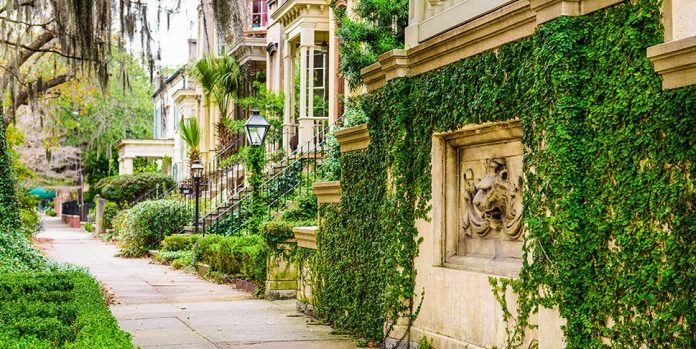 You and your spouse visited Savannah, Ga., for a weekend, fell in love, and it’s become your go-to getaway. And why not? The city boasts world class restaurants and culture, Southern charm and bed-and-breakfasts, and boutique hotels and Airbnbs that could grace the cover of a design magazine.

A life transition approaches — retirement, say, or the luxury of truly working remotely — and the two of you decide it’s time to buy in Savannah and live there full time.

Might be the most brilliant decision ever. Or it might be a big mistake, because being a resident of a popular vacation destination is altogether different from making brief visits. The numbers don’t matter so much when you’re visiting, but here’s how they stack up for Savannah full-timers: 14.5 million visitors a year, according to its tourism board, outnumbering the 150,000 residents nearly 100 to 1. Savannah is the nation’s second most visited city per capita, according to my math.

Here are the top 10. And in every one of these cities, some portion of the full-time populace is represented at the final stage of the Doxey Irritation Index, or “irridex,” when cranky locals have been over-touristed.

To generate this figure, I used the number of visitors in 2018, as supplied by the tourism board of each city, divided by its population. Whether the idea of being outnumbered by out-of-towners strikes you as exciting or exhausting is ultimately a matter of personal preference. But if you’re weighing making a move, it may be more worthwhile to consider visitors per capita than which cities experience the “most” tourism. New York City’s 65 million annual visitors have far less impact on its 8.4 million residents, for example, than the 18.5 million visitors to New Orleans do for the city’s 390,000 locals.

Already, residents of many popular U.S. cities have raised concerns to local officials about the effect of too many tourists. The “irridex” suggests that tourism development follows a familiar pattern for locals: first, euphoria about the new wave of visitors and what it portends; followed by apathy, as the bump in tourism fails to live up to residents’ expectations; next, irritation; and finally, antagonism. For towns experiencing tourism-related growing pains, such as Moab, Utah, or Charleston, S.C., the road ahead may be bumpy.

In some cases, there’s simply been more tourism than cities’ infrastructures can support. In Moab, for instance, where visitors to nearby national parks grew about 60% from 2010 to 2018, roads, sewers and storm drains risk being put under strain. More visitors often lead to more Airbnb listings, in turn increasing rents and housing prices. One Harvard Business Review study found that a 1% increase in Airbnb listings might equate to a 0.018% increase in rental rates and a 0.026% increase in house prices. It seems infinitesimal — until you consider that Airbnb’s year-over-year average growth is about 44%.

Within this list, some local authorities are actively taking steps to preserve their residents’ quality of life. In New Orleans, for instance, Airbnb owners are subject to a variety of regulations, including a limit on the number of guests, and how many properties an owner can hold. Others, like Las Vegas, are heavily segregated, with tourists largely constrained to one part of the city. Living there can be a strange experience, though low local taxes, which are boosted by tourism dollars, help to sweeten the pill.

For Savannah, tourism is a mixed blessing. The highly developed restaurant and culture scene is a benefit to locals, too (if the lines aren’t too long). The city’s airport is far better than in most comparable size towns, with easy connections to the rest of the country. And, at 2.7%, the pre-coronavirus unemployment rate sat far below the national average of 3.9%, thanks in large part to tourism.

But the pandemic has revealed how fickle this industry can be. With businesses closed and tourists stuck at home, the city’s unemployment rate ballooned to 15.3% in April 2020. Hospitality workers in particular have been left at the mercy of global forces far outside of their control.

Some cities in Europe — notably Amsterdam and Barcelona — are taking more aggressive steps to curb tourism than we’ve yet seen in the U.S., where economic boosters often win the day.

For yourself, realize that a weekend visit to a place isn’t the same as living there. Before uprooting yourself, try a longer stay, months perhaps, where you establish routines and live like a local, a bit away from the hubbub. And even when you take the plunge of moving, wait a year to buy so you really know the city. To that end, here’s some advice on how to avoid having moving regrets.