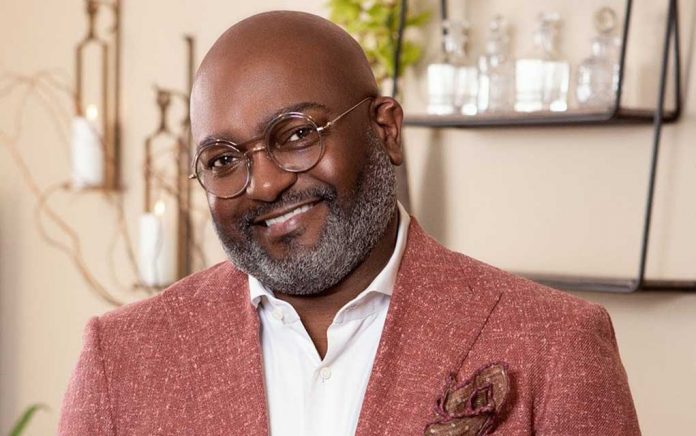 Taroue W. Brooks has had enough.

“Basically, I got tired of the limited scope of how Black men are viewed and portrayed in America. In the media, Black men are shown as either entertainers, athletes, or criminals. But Black men are much more than that,” he said in an interview.

Brooks is man behind the groundbreaking 2021 documentary film “What About Me,” which counters the longstanding misrepresentation of Black men in America with an in-depth perspective of Black men by Black men themselves.

“We wanted to give the Black man’s point of view,” he says. “Black men in America are continuously confronted with negative stereotypes. They never get to tell their story. I wanted to tell them.”

Brooks tapped Daryl Pitts and D. John Jackson, two friends of his who boast their own achievements and accolades in film, to help with the project he had in mind. Together, they co-executive produced the first-of-its-kind documentary.

“Black men are sons, brothers, fathers, uncles, nephews, friends, co-workers, and members of our community. Yet, America’s Black male population is rarely defined by these relationships. Instead, the media’s negative perception of their existence has shaped their narrative and imagery based solely on fallacy, stereotypes, and unconscious bias,” says Brooks.

“We are business owners, lawyers, doctors, but you don’t see these types of Black men being portrayed,” he says.

“What about Me” features commentary by actors Marcus Scribner of ABC’s “Black-ish” and Timon Kyle Durett of OWN’s “Queen Sugar,” and attorney Todd Belcore of the organization Social Change. It challenges the stereotype that places Black men into one of three categories, athlete, entertainer, or criminal.

It aired in syndication in February 2021 and is now streaming on Amazon Prime.

The documentary has resonated with Black men. “Men were in tears when they viewed the documentary,” Brooks recalls.

In a stint at Black Entertainment Television, Brooks worked in the Special Projects for Syndication Division. While there he received an Emmy nomination in 1995 for the project, “A Tribute to Black Music Legends.”

Prior to “What About Me,” Brooks was an executive producer for a documentary detailing the devastation and despair in the U.S. Virgin Islands following Hurricanes Irma and Maria in 2017. He also produced a concert series with the New Orleans Jazz Orchestra.

He currently is on a tour of HBCUs while working on a new documentary about Black fathers.

“The Black father has been portrayed in such a poor light that I wanted to show Black fathers’ truth,” he says.

“Black fathers are portrayed in the media and by Black women as missing, as uninvolved, but that’s not always the truth. You have Black fathers who are present, who are there for their children. Black fathers show up in so many ways. We’re so conditioned to ignore the Black father; I wanted to show that we exist.”

This is the conversation in the film, he states. “We have to start talking and standing up for ourselves. The system is not geared to support us as Black fathers.”

Brooks expects to complete the Black fathers is project by the end of 2022.

Vernon Williams Whips Up a Recipe For Success With Karibe™ Cookware

“Where You Are is Not Who You Are”