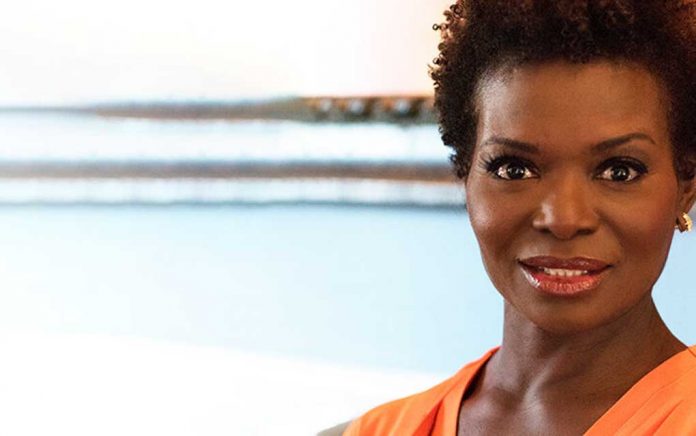 “Trouble In Mind,” playing at Roundabout Theater until Jan. 9, is helping to change the face and tone of Broadway.

As The New York Times recently wrote, the Broadway production in Alice Childress’s insightful look at racism and identity in the world of New York theater is revealing “a full range of aesthetic and racial possibilities that exist for their African-American characters once the white gaze is diminished or fully removed.”

A comedy-drama written in 1955, “Trouble in Mind” centers around a veteran Black actress named Wiletta Mayer. Wiletta is preparing a production of an anti-lynching play called “Chaos in Belleville” for Broadway and in the process, starts to address racial paternalism through how the white playwright and director insist on depicting Black life.

Charles Randolph-Wright, a Black director, oversees the Roundabout Theater Company’s Broadway production of the show at the American Airlines Theater.

“I was attracted to the role because of the similarities to Willetta’s journey and my own as a woman in midlife who is still ambitious,” says the play’s star, LaChanze. “It’s a great role and an authentic portrayal of a Black woman. And even though it was written in 1955, the struggles Wiletta faced are still the same struggles Black women face today in 2021.”

LaChanze, who won the Tony Award for Best Actress in a Leading Role in a Musical in 2006 for her portrayal of Celie Harris Johnson in the play “The Color Purple,” said there is a new awareness to Black life.

“The racial pandemic – there were two pandemics: a race and a health pandemic – helped us take off the rose-colored glasses,” says LaChanze. “We are dealing with the fact that we must change the presentation of Black people in America.”

“Trouble in Mind” is one of the productions on Broadway doing just that – and it took more than 50 years to get it to the stage. It was set to be staged on Broadway in 1957 after a production that initially was produced in New York City’s Greenwich Village. But white producers wanted Childress to make a conciliatory ending for her Black and white characters. Childress refused to cave.

The history of getting “Trouble In Mind” to Broadway also impressed LaChanze.

“Childress wanted the story to be authentic, and she wasn’t going to be pressured to change,” says the actress. “This is why we’re so grateful to the Roundabout Theatre, which has committed to helping us tell authentic Black stories.”

Childress, who died in 1994, was acknowledged as “the only African-American woman to have written, produced, and published plays for four decades.”

“My writing attempts to interpret the ‘ordinary’ because they are not ordinary. Each human is uniquely different. Like snowflakes, the human pattern is never cast twice. We are uncommonly and marvelously intricate in thought and action; our problems are most complex and, too often, silently borne.” Childress said in “Daughters of Africa: An International Anthology of Words and Writings by Women of African Descent from the Ancient Egyptian to the Present.”

The anthology is a compilation of orature and literature by more than 200 women from Africa and the African Diaspora, edited and introduced by Margaret Busby

“I am happy that Alice Childress is finally having her day. She broke down so many barriers, and she was a gorgeous and glorious woman,” says LaChanze. “And, her work, it’s so brilliant.

Tickets for “Trouble In Mind” may be purchased at https://www.roundabouttheatre.org/get-tickets/2021-2022-season/trouble-in-mind/?promo=TIMNJ1&utm_medium=website_external&utm_campaign=trouble_in_mind&utm_source=the_network_journal&utm_content=TIMNJ1 with The Network Journal’s Code, TIMNJ1, for a special offer.

Benilde Little?s ?Welcome to My Breakdown? Bares All