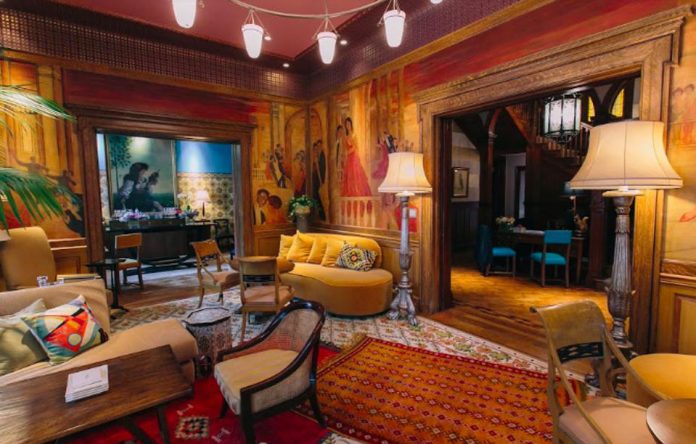 As the world continues to adjust to the coronavirus global pandemic, Black representation in the hotel industry should be viewed as critical an issue as the pandemic itself.

“Pre-Covid, hotels were responsible for 1 in 25 jobs,” explains Omari Head, a hotel broker and investor with more than 140 properties sold. “In other words, hotels are job-creation engines. As someone who identifies as a Black man, there’s nothing more important than job creation. Say I design an app, get it developed, flip it, then run off with the bag. Outside of my personal economy, how exactly does that benefit my community?”

Head, a director at Paramount Lodging Advisors and an adjunct hospitality professor, is known in many circles as the “Hip Hop Hotel Broker,” referencing his love both for music and the hospitality industry. He broke news to The Network Journal about a nonprofit he’s launching to focus exclusively on educating Blacks and Latinx on hotel ownership and plans to make an official announcement in March.

Blacks currently own less than two percent of hotels across the country. Above, The Ivy Hotel in Mount Vernon, Baltimore, a top luxury hotel owned by Eddie and Sylvia Brown.

“People of color must recognize that we are on the cusp of a potential wealth transfer,” Head says. “If we are prepared to catch this opportunity, we birth more hotel-owners. However, sitting this one out, we allow someone outside of our community to move on this opportunity.”

The idea of purchasing a hotel during a global pandemic seems counter-intuitive, but that precisely is what several experts suggest.

“I am a huge advocate of innovation,” Reaves states. “During early stages of the pandemic, two industry friends [Christopher Henry and Omari Head] and myself created The Next Generation of Lodging. This network focuses on lodging professionals under the age of 40. The platform soon evolved into a webinar series, addressing everything from hotel asset management to the mental health of hospitality workers.”

As a Black female flourishing in the hotel industry, Reaves couldn’t be prouder of the diverse network she helped to create. She has made it a point to focus on millennials of color in the hotel space who often are overlooked based on age. Her latest initiative seeks to create 221 new hotel owners and investors before the end of 2021.

In order to properly assess the state of Black-owned hotels, one should touch base with Andy Ingraham, president, CEO, and founder of the National Association of Black Hotel Owners, Operators and Developers (NABHOOD).

A 23-year industry veteran, Ingraham has garnered the utmost respect from his peers since entering the hospitality space in 1998. Naturally, he has earned a handful of nicknames due to his trailblazer mentality, none more fitting than “the Berry Gordy of hotel affairs.”

“At the end of the day, it’s obvious we must rebuild the hotel industry,” Ingraham says. “It needs to be more diverse, which will be more reflective of America. We’re asking our partners to pay more than lip service to diversity and create actual programs which place more African Americans in corporate suites and executive positions.”

Ingraham reveals an uptick in corporations looking to spend more money with Black-owned hotels, a byproduct of the Black Lives Matter movement amplified during the pandemic.

“A 2019 study shows that African Americans are spending $109 billion annually on travel. We can capture a lion’s share of that market with tools of technology. NABHOOD is strategizing ways for travelers to identify Black-owned hotels easier,” he says.

With a new administration in Washington, Ingraham, Reaves, and Head would like to see reasonable changes within their respective industry. Ingraham and Reaves want more focus on tourism—the largest industry in the world—arguing that this will get people back to work and our economy in overdrive.

“The worldwide appetite for lodging isn’t going to discontinue as the population increases,” Ingraham states with conviction. “Prior to the pandemic, Brand U.S.A suggested by the year 2021, 100 million new travelers coming to America. This was proven as fact before 2020 arrived. So, it’s clear the appetite to travel and lodge isn’t going anywhere. We just need to ride the storm, the same way we ride the wave.”

It seems the best way to positively impact Black-owned hotels is to have skin in the game, literally.