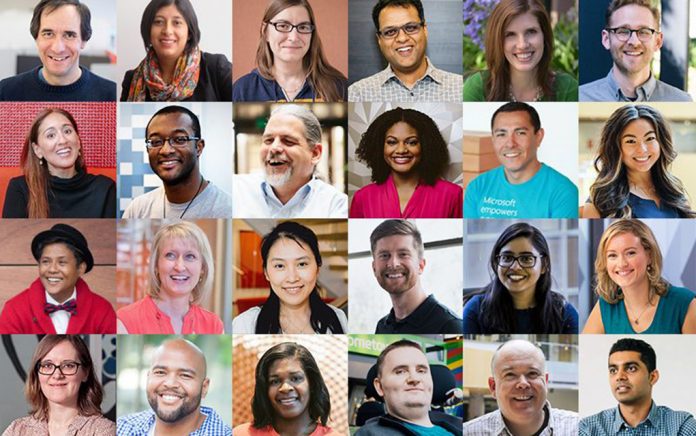 Microsoft showed a small increase in the proportion of women in its employee ranks, rising 1.1 percentage points to 26.6 percent, from 25.5 percent last year.

The company released a report on its workforce demographics, revealing worldwide gender numbers and U.S. ethnicity numbers as of June 30.

“We are encouraged,” said Lindsay-Rae McIntyre, Microsoft’s chief diversity officer, who joined the company four months ago. “But we are clear that we are closer to the beginning of this journey than the end.”

Microsoft has revealed its demographics each November for the past few years, after increased scrutiny of the tech industry caused many Big Tech companies to offer a window into their diversity efforts. The companies are largely white and male, especially in technical and leadership roles.

Microsoft is reporting its demographics as of June 30, to align with its fiscal year, rather than its previous date of the end of September. The numbers aren’t comparable with last year’s reported percentages because of the date change, but Microsoft provided comparisons for the new date.

Women’s representation gets a small boost when Microsoft’s workforce is combined with employees at LinkedIn, the professional-networking site Microsoft acquired two years ago that operates largely independently. The combined companies have nearly 135,000 employees around the world, and women make up 28 percent of the workforce, an increase from 27 percent at the same time last year.

Microsoft is facing a gender-discrimination lawsuit brought by three former and present employees, who claim that they and other women were promoted slower and given fewer raises than their male peers. Women in the company have said it still feels like a boys’ club in many ways, which can be isolating.

McIntyre said Microsoft remains committed to diversity and inclusion at the company, and has made it a core focus for employees. Workers get training to change unconscious biases and managers are evaluated on the diversity of their teams.

“We are committed to making progress,” she said. “We are not satisfied with where we are, and we are looking at as many possible ways to accelerate the diversity of the workforce as we can.”

That includes several hiring programs that look for talent beyond four-year colleges, as well as STEM training programs for girls, she said.

Microsoft also has eight employee-resource groups — representing such groups as women at Microsoft, LGBTQ employees and a recently added group for veterans — to make them feel more of part of the company.

What is fair executive pay?

Is the Recession Over? Depends on Who you Ask