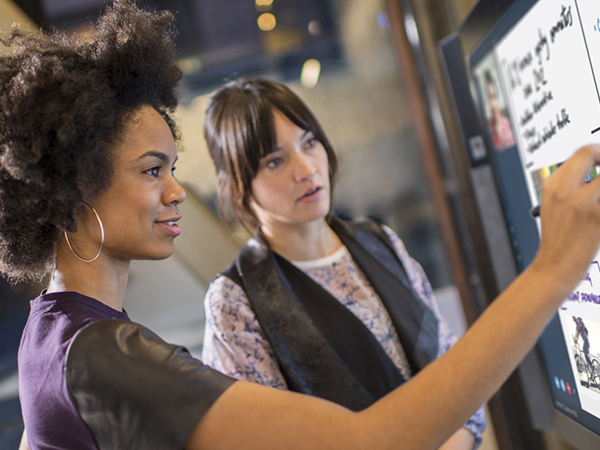 For the first time in two years, the proportion of women within Microsoft?s ranks has grown.

The Redmond, Wash., company made slight progress in its efforts to increase racial and gender diversity in its workforce in 2017, boosted in part by its acquisition last December of LinkedIn.

The combined companies? global employee base was 27.3 percent female at the end of September, compared with 25.8 percent at Microsoft alone last year.

Microsoft and big tech companies across the world have faced increasing criticism in recent years about their workforces, which tend to be much more heavily male and white than the general population. Companies such as Microsoft, Amazon and Google two years ago started reporting their diversity breakdowns, which have often revealed that women and people of color make up slowly growing minorities of their employee bases.

?While we have had and we?re seeing good progress from a representation perspective ? we really do recognize that this only puts us in a position to do more work,? Iesha Berry, Microsoft senior director of global diversity and inclusion, said about the overall results.

LinkedIn contributed heavily to the makeup of female employees; it said last year that its employee base was 42 percent female. Without the workforce at the professional networking site, Microsoft?s share of female employees rose just 0.1 percentage point, to 25.9 percent in 2017.

That?s still down from three years ago, when Microsoft?s female employees made up 29 percent of the workforce. The company attributes much of that decline to its winding down of Nokia operations, where many women worked in plants globally.

Women are generally most starkly underrepresented in technical roles, which is still the case at Microsoft, but the numbers did go up. Women now make up 19 percent of technical roles, up from 17.5 percent last year.

Women within the company at the director level or above rose from 17.9 percent to 19.1 percent.

Microsoft, separate from LinkedIn, noted an increase of African-American and black employees in its 74,191-person U.S. ranks, from 3.7 percent last year to 4 percent in 2017.

That fell a bit ? to 3.9 percent?when its workforce is combined with LinkedIn?s, which is less racially diverse.

Microsoft, which has 125,416 workers globally, does not release the racial breakdown of its international employees.

Overall, 5.6 percent of Microsoft and LinkedIn?s combined workforce is Hispanic or Latino, and 31.3 percent are of Asian descent ? both slight increases from last year.

A 2015 lawsuit brought by three women who worked at Microsoft, alleging widespread gender-discrimination across the company, is winding its way through federal court.

The plaintiffs in the case are seeking class status for the suit, to encompass more women who have worked at Microsoft.