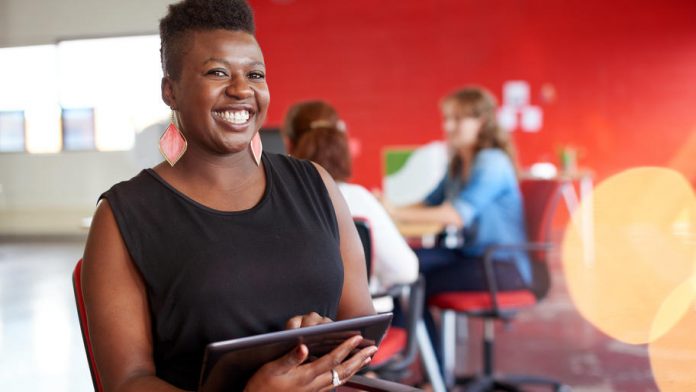 The House passed by an overwhelming margin Thursday a bill to cut small businesses more slack in how they use coronavirus lifeline loans.

The bill would amend the Small Business Administration’s so-called Paycheck Protection Program, which provides forgivable loans to companies affected by COVID-19 that need not be repaid if the money is used for payroll and some fixed costs, like rent. The measure would lower the amount of a loan that must be used for payrolls and give borrowers more time to use them.

Members filed into the chamber one by one, all sporting masks and some also wearing gloves, to vote 417-1 for the measure co-sponsored by Reps. Dean Phillips, D-Minn., and Chip Roy, R-Texas. The usual chatty din of congressional hobnobbing and cajoling was replaced by the occasional Democrat delivering proxy votes on behalf of colleagues staying at home.

The bill would lengthen the time small businesses have to use the loans in order to have them forgiven from eight weeks to 24, reflecting the longer-than-expected length of the coronavirus countermeasures.

It also would reduce a requirement, set by the administration, that companies use 75% of the loan funds on payrolls to 60 percent. Many businesses, particularly shops and restaurants where expenses like rent often far outweigh labor costs, said the rule was too tight.

The bill originally scrapped the payroll limitation entirely, but Phillips said that upset other stakeholders.

“Labor was concerned that it would reduce the amount of money that would go to employees,” he said. “We also wanted to pass something that wouldn’t just pass this chamber but also the Senate and find, perhaps, a signature in the White House.”

The bill also would lengthen the repayment term for unforgiven loans. PPP loan funds used for purposes other than payroll and fixed costs must be repaid with a 1% annual interest. Congress allowed that repayment period to be up to 10 years, but the administration set it at two years. The bill would reset it at five years, which will lower the size of each payment, making the unforgiven debt easier to manage.

FiscalNote, parent company of CQ Roll Call, has received a loan under the Paycheck Protection Program.

Phillips said he was cautiously optimistic that the Senate would pass his bill when it returns next week.

“There’s no such thing as certainty,” he said. “We believe what we’ve compromised on here, in this chamber, will be sufficient to pass the Senate. If it doesn’t, I can’t quite understand why. This is what small businesses need, and if we don’t keep the businesses open, the jobs go away.”

Rep. Thomas Massie, R-Ky., was the lone ‘no’ vote on the measure.

The House-passed bill is different from a bipartisan measure the Senate tried to “hotline” on May 21 before leaving for that chamber’s Memorial Day break, but it ran into unknown objections. That bill, backed by the bipartisan leadership of the Senate Small Business Committee, would have only lengthened the time period to use the loans from eight weeks to 16 weeks.

That Senate bill would not loosen the existing 75% payroll spending requirement. But it would allow businesses to spend the money on personal protective equipment and other infection-preventing investments, provisions that aren’t in the version passed by the House.

“We wanted to get it in there, but also needed to keep it skinny, so no, there’s no language,” Phillips said, adding that he hopes the SBA will amend its rules to forgive money that borrowers spend on protective gear.

Sens. Angus King, I-Maine, and Steve Daines, R-Mont., introduced a companion bill to the House-passed bill last week. It’s unclear whether the Senate will take up that version, the Small Business Committee-backed bill, the House-passed measure or something else.

Roy urged the Senate to pass his bill rather than another, saying businesses needed more flexibility as soon as possible to stave off permanent closure. “This bill is in a really good spot. They ought to pick it up, move it,” he said after the vote.

Roy also dismissed concerns that a 24-week period, as opposed to 16 weeks, would allow companies to rehire fewer employees. “Every business I’ve talked to — literally, without fail — is trying to figure out how to survive,” he said, adding that they were also desperate to return as quickly as possible. “Sixteen versus 24 — who’s gaming that? I don’t see it.”

The House rejected another Phillips bill that would require the SBA to disclose who received PPP and SBA Economic Injury Disaster Loan Program money and how much they got, plus some demographic information.

The vote was 269-147, but it was considered under suspension of the rules and required a two-thirds supermajority. The SBA has put out aggregate figures on PPP lending but so far has not disclosed specific information.

After the vote, the transparency bill’s lone Republican co-sponsor, Rep. Brian Fitzpatrick of Pennsylvania, said he wants to try again. “Let’s just bring it up on a rule,” he said.

Yellen to Tell Senators Fed Must Do More to Help Economy...

Justice Department to Open an Investigation into the Death of Trayvon...