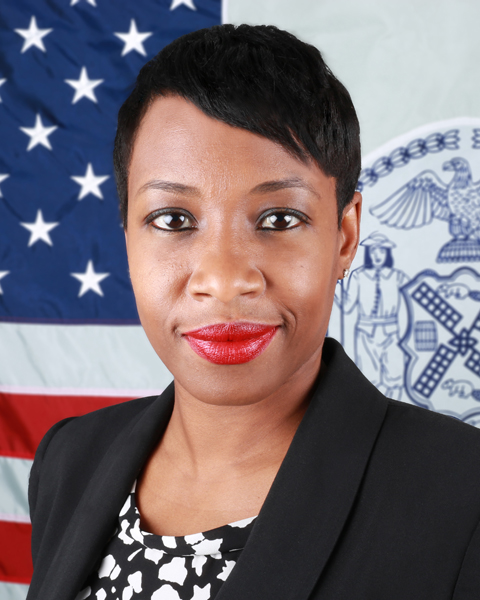 The first book Dina Simon read after learning English, Margaret Thatcher: The Autobiography, profoundly impacted the young woman who came to the United States from Haiti at 9 years old. ?It inspired me to want to work in government, to make a difference and contribute to society. It also made me realize that there was no limit to what a woman can do, no matter the odds,? Simon recalls. ?As I grew older and started reading more, I became aware of her politics. But back then it was her drive ? becoming the first woman prime minister of Britain; going through sexism ? that I saw.?

Simon is the first female to be named first deputy commissioner at New York City Department of Correction, the second highest-ranking office in the country?s second-largest correction agency after California?s. She brought a wealth of experience in human resources and labor relations, including as the agency?s deputy commissioner for human resources. ?What bothers me is the many persons of color incarcerated and just so many things that need to be fixed with the criminal justice system. If I can say anything to politicians, it is the need to focus on getting back into the community, providing resources, after school activities, changing our justice system. I just wish we can have a bigger discussion on how to prevent kids from getting to juvenile facilities and how this cycle continues,? she muses. Still, she notes, ?What I really enjoy is seeing the reforms we?re putting through, the programs we?re bringing in to rehabilitate. It says we haven?t given up on you.?

Simon earned a bachelor?s degree in criminal justice at the State University College at Brockport, New York, and a master?s in public administration at Long Island University, C.W. Post. ?I?m a proud Haitian-American, committed to giving back to the island of my birth,? she asserts.