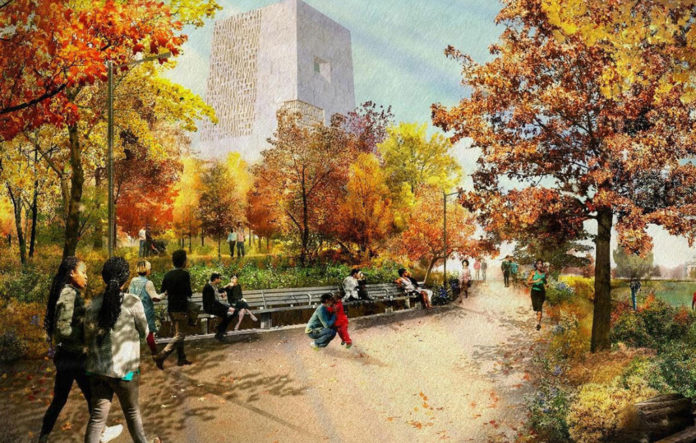 Five diverse construction firms, the majority African American-owned, have been hired to build the Obama Presidential Center on the South Side of Chicago.

?We spent a lot of time on this decision,? Michael Strautmanis, the foundation?s vice president for civic engagement said in a recent statement. ?We probably could have gotten this done six months ago if we had done business as usual ? which is hire a majority firm, ask them to hire minority partners and move on. But (former) President Barack Obama wants to take as many opportunities as we can find to make a real and lasting impact.?

The contract is estimated to be worth $300 million.

?The Obamas chose to develop the Obama Presidential Center on the South Side to give back to the community that has given so much to them. With this RFP, the Foundation has established significant and aggressive goals for diversity and inclusion,? notes David Simas, CEO of the Obama Foundation. ?We are committed to creating meaningful opportunities and jobs for local businesses, community members, and underrepresented communities in the South Side and throughout Chicago, and using our platform to pioneer new approaches to engaging minority populations in the construction industry to provide not just short-term jobs, but long-term professional opportunities.?

According to a 2017 press release, the candidates were required to provide:

Construction is expected to begin late 2018.