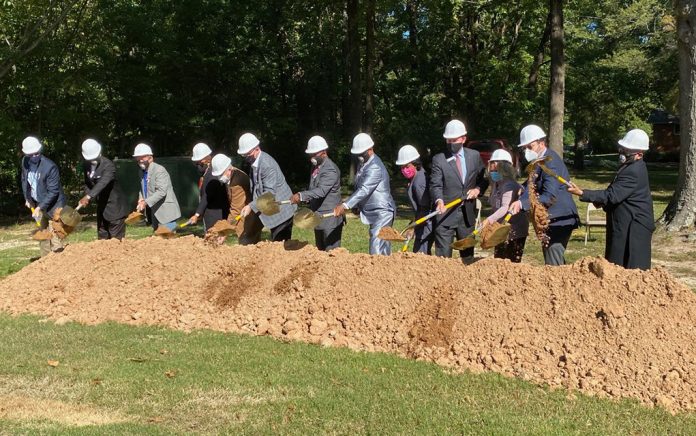 It’s been a positive year so far for The P3 Group Inc. and its visionary leader, the global pandemic notwithstanding.

Founded in 2013, the Memphis, Tenn., group is the nation’s largest minority and African American-owned public-private partnership real estate developer, with $3 billion in capital.

The year began with the publication in January at Forbes.com of an industry-defining article by the group’s president and CEO Dee Brown on how the coronavirus pandemic is forcing design teams to think outside the box to deliver buildings and infrastructure in an accelerated way while meeting the needs of the community.

It is drawing to a close with just as much chutzpah. The firm devoted new energy to its brand image and to celebrating diversity, and Brown took on a high-profile advisory role.

“Public-Private partnerships are all we do!” declares Brown.

In June, The P3 Group broke ground on the Bull Dog Early Learning Academy under a PPP agreement inked in March with the Harrisburg, Illinois School District. The project marks the country’s second K-12 public-private partnership.

“We started with an idea on a napkin just 78 days ago,” Brown said at the groundbreaking, recalling his argument for delivery of projects “in an accelerated way.”

Manigault-Newman, former and the only African American senior advisor political aide to former U.S. President Donald Trump, will lead the development and implementation of proactive diversity, equity, and inclusion to support the company’s plan to discover, develop, foster, and celebrate diversity within the company and in the community, identifying key opportunities.

With a strong background in sales and marketing honed at The Sims Financial Group, Sidney will be responsible for The P3 Group’s brand image and experience. She will also oversee execution and activation of all special events.

For his part, Brown, a 27-year real estate veteran, expanded his personal brand in the course of the year. He followed his January article with another at Forbes.com in April under the title “How Historically Black Colleges And Universities Can Make The Most Of Their Property Through New Partnerships.”

Other writings on PPPs include a blog post at Metro Magazine, the trade publication for bus and rail transit.

In October he was named National Policy Advisor on PPPs and Urban Redevelopment to the president of the National Bar Association, the country’s oldest and largest national network of predominantly African-American attorneys and judges.

A 2020 to 2021 member of the invitation-only Forbes Real Estate Council, he became a member of Forbes Business Council in last month.

“After one year as a member of Forbeshttps://www.forbes.com/?sh=3a5122022254 Real Estate Council, I’m happy to have been vetted and selected as an official member of Forbes Business Council,” he said at the time. “Criteria for acceptance include a track record of successfully impacting business growth metrics, as well as personal and professional achievements and honors.”

Earlier this year, the U.S. House of Representatives Small Business Committee reported that the pandemic exacerbated long-standing inequalities that make it harder for black-owned businesses to endure the crises it brought on in 2020 and access recovery resources.

But for Brown, “While 2020 was a year of unprecedented challenges, it was also a year that presented many new opportunities.”

Opportunities that clearly carried over into 2021 for The P3 Group.