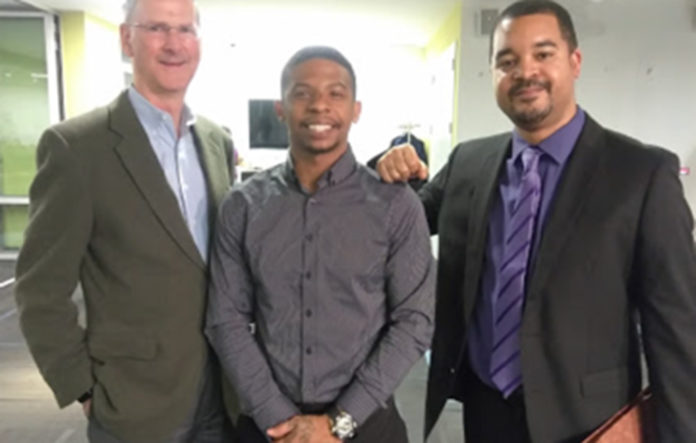 A thriving minority-owned construction firm in Philadelphia is rare, and Choates General Contracting is one of the last standing.

Launched in 1982, CGC is a family owned business, originally from Macon, Georgia, made up of three generations. Today, the company, led by Darrell Choates, Sr., is comprised of 30 full time workers, and 15 part timers that are called in when needed. In a recent interview with Choates Sr., his son, Darrell Choates, Jr. and one of their employees, Sean Bruce, TNJ.com learned that part of the secret to their success is their family-owned status coupled with the fact that they are a self-performing company compared to one that hires sub-contractors.

?Having a family-oriented business separates you from other businesses. In a climate of just a few minority contractors in this rough industry, you have to have loyal and dedicated team players that will work with you and go above and beyond,? shares Choates, Sr.

?We remain competitive and are able to have our doors open everyday because we all stick together. We want the best each day,? adds Choates, Jr., who now practically runs the day to day aspects of the business.

Choates, Sr. says that as a self-performing company, they are able to hire local, minority workers, put them in a union, give them a union card and put them on a job, a role for which they received a recognition award from the city of Philadelphia and Councilwoman Jannie Blackwell who, says Choates Sr., has been an invaluable asset to the company.

The Choates family and their team have also won a number of other awards for their work in the community including for ?God First,? a non-profit they launched to tackle the child sex slave trade in which they compile funding to help organizations such as the U.S. Army and the Marines to help rescue kids; for the launch of a Gateway 3521 union; and for the high-profile contracts they?ve garnered such as the new Comcast Center, the Philadelphia library, the new science center, Camden American Waterworks, the demolition of an old school, and more.

?We have a lot of traction in the city and we want to keep that going,? notes Choates, Jr.

?We feel that our Community Leaders Achievement Conferences are our highest achievement,? shares Choates, Sr. ?Every month, we gather community members, city officials and faith-based leaders and host a conference to tackle issues affecting the community including gun control. We talk about the problem, consider solutions and devise programs to solve the problem. Our hope is that the conferences will be replicated in other cities.?

“We worked from ground zero to accomplish what we have.”

In terms of industry challenges, Choates, Sr. says that the biggest challenge minority-owned construction firms face is funding. Unions can be a problem too.

?We self-fund since we were not privy to obtaining a lot of credit. But funding is definitely the main challenge for many minority-owned firms. Another challenge is dealing with unions outside of the minority union we opened. The union puts a lot of pressure on small contractors by trying to force what I call ?traditional, regular requirements? on small contractors such as benefits and union dues to force us out of the industry,? says Choates, Sr.

Their mission? Says Choate, Sr., ?Our background is that we came from zero and, as Jr. said, have made a lot of traction. There was no help for us. We worked from ground zero to accomplish what we have, so opening the doors for our youth to help them understand that the construction business is a very challenging industry is our focus.?

?The youth aspect is where I come in,? says Choates, Jr. ?I am 26 years old and one of my biggest goals is to reach out to my age group and shine a light on the construction industry. I want the young people around me to know they don?t have to deal drugs or engage in violence; there are other ways to be successful in life.?

The same holds true for Sean Bruce, the newest employee to join CGC. ?I felt so welcomed by the Choates when I joined the company,? says Bruce. ?They were so gracious in sharing their knowledge and experience with me. A lot of people I went to college with never even thought about construction as a career. It?s not even part of the conversation. But now, Darrell, Jr. and I can shed light on this industry and hopefully there will be a domino effect, a chain reaction for young people to move towards jobs in this industry.?