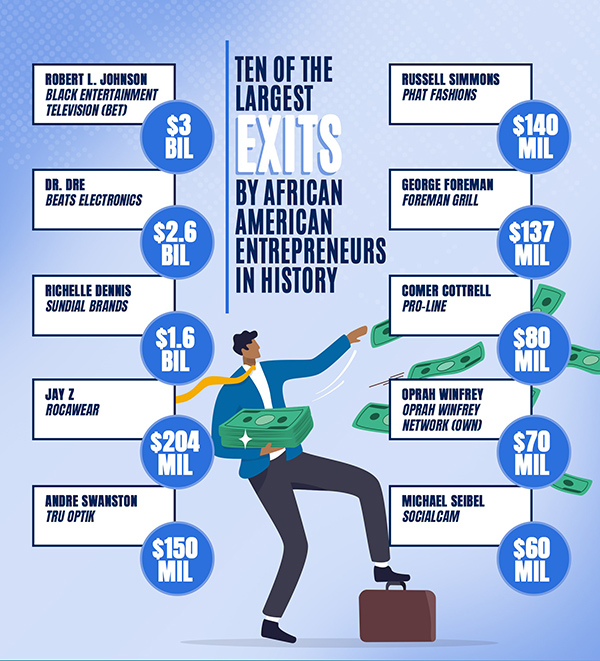 The history of Black Americans is rife with examples of highly successful entrepreneurs, not all of whose names are well known. Below are 10 Black entrepreneurs who sold their businesses to major U.S. corporations for sums ranging from tens of millions to billions of dollars.

Neil Foote is a principal lecturer at the Mayborn School of Journalism at the University of North Texas. A former business reporter, he recently was inducted into the National Association of Black Journalists Hall of Fame.