Home Philanthropy & Charity You Can Deduct Charitable Donations. Why No Tax Benefit for Volunteering? 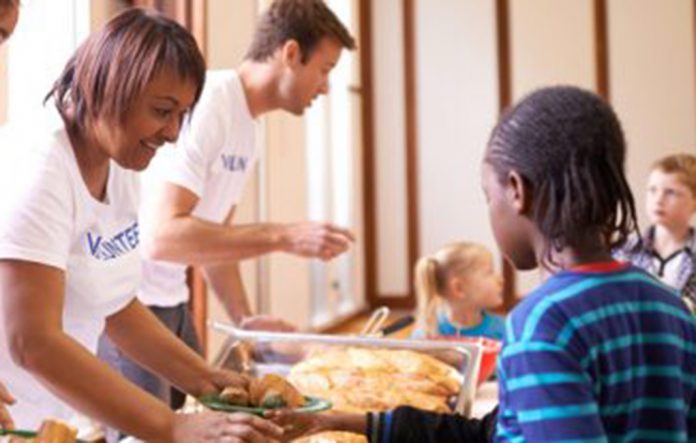 Time is money, they say. But not if you’re donating to charity.

In yet another example of how tax laws favor the rich, contributions of money and property to nonprofit organizations result in tax benefits for the giver. But if you volunteer your time and labor, you get bupkes.

“This goes back to World War I,” explained Arthur Rieman, a Los Angeles lawyer specializing in nonprofits. “Congress felt it wasn’t worth giving people credit for their time.”

Indeed, the Revenue Act of 1917 established an individual income tax deduction for financial contributions made to charitable organizations. The thinking at the time was this would encourage donations as income tax rates were rising to fund the war.

Corporations received the same tax benefit as of 1936.

Obviously this is a good thing. Any law that promotes good works is a boon to society — and arguably well worth whatever is given up by the government in tax revenue.

But Congress chose not to apply the same thinking to volunteer activities.

“They believed there’s no value to your time,” Rieman told me. “Or if there is, it’s too hard to determine that value.”

Financial inequality has been at the forefront this week as some of the richest, most powerful people in the world gathered in Davos, Switzerland, for the annual gathering of rich and powerful people, a.k.a. the World Economic Forum.

The number of billionaires worldwide doubled over the last decade, thanks in large part to rising stock prices and tax cuts for wealthy individuals and corporations, the report says.

Yet as the rich grow richer, many ordinary Americans who may lack the financial resources to fund worthy causes still offer time rather than money.

Roughly 63 million Americans — 25% of the adult population — donate their time and energy to nonprofit organizations, according to the Bureau of Labor Statistics.

None of those donations are tax deductible.

This probably hits close to home for many readers. I’ve volunteered at food pantries in Northern and Southern California. My wife volunteers regularly at a local animal shelter.

Yet for tax purposes, those contributions of time and labor count for nothing, whereas Uncle Sam would happily reward us if we ponied up some cash instead.

Moreover, I imagine many more people would do charitable work if they were incentivized by a tax benefit. Nothing motivates like personal gain.

“From a tax perspective, you get the same benefit staying on the couch as you do volunteering for charity,” observed Daniel Hemel, an assistant professor at the University of Chicago Law School.

Which is to say, you have no economic incentive to get off the couch. Your only motivation to volunteer is a personal sense of well-being and maybe some good karma.

Some tax experts argue that’s a sufficient perk for volunteering.

“Happiness,” said Paul Schervish, director of the Center on Wealth and Philanthropy at Boston College. “That is the reward.”

He added: “People don’t want to be paid for this. Otherwise they’d get a job.”

Other experts say the tax benefit is that you’re volunteering instead of working, thus reducing your income, thus lowering your tax bill. Also, you’re not being taxed on the value of the time or service you’re donating.

“There’s no tax on your output,” said Eugene Steuerle, co-founder of the Urban-Brookings Tax Policy Center.

But that doesn’t answer the core question: Why do financial donors get a straightforward deduction whereas people who contribute time or labor get no tax benefit?

Anthony Burke, a spokesman for the Internal Revenue Service, said the tax agency doesn’t make the rules. “We administer the law as written,” he said.

And volunteer work isn’t completely ignored by the law. You can deduct the cost of driving to and from the nonprofit where you volunteer.

But even that tax benefit is miserly compared to other standard mileage deductions. According to the IRS, you can deduct 14 cents.

The deduction for business-related driving, meanwhile, is 57.5 cents a mile.

You also can deduct the cost of purchasing and cleaning a uniform related to volunteer work — but only if the clothes are unsuitable for everyday use. Surgical scrubs, yes; an ordinary T-shirt, not so much.

Considering these are part of regulations originating more than a century ago, it’s time Congress revisited the matter.

My proposal is to acknowledge that people’s time and service do have value, and that volunteering for charitable work is no less laudable than donating money or property.

How do you value volunteerism? Yes, that’s tricky because not everyone’s offering is equal.

A consumer columnist helping bag and hand out groceries at a food pantry is perhaps not the same as an attorney who bills $1,000 an hour providing a nonprofit with free legal services.

The solution, I think, is to adopt a conservative approach and simply allow all volunteers to deduct the minimum wage in their city or state, whichever amount is higher.

So let’s have licensed nonprofits track hours volunteered and provide volunteers with an annual tally that can be submitted for tax purposes by people who itemize their returns.

You’d receive a tax credit based on the hours contributed to charity, valuing each hour at the prevailing minimum wage, regardless of the type of work or service performed.

“It’s important to recognize the value of time,” said Kathleen McCarthy, director of the Center on Philanthropy and Civil Society at City University of New York. “This is a good idea.”

Nobody would get rich off a system like this — nor should they. But it would create modest recognition of good works, and it would create a financial incentive for volunteer activities.

Which is to say, it would acknowledge that time is indeed money.

A tax credit for volunteering time and labor would be no less positive for society.

And how’s this for a twofer: Donate some cash and then volunteer a few hours.

Why wouldn’t we want to encourage, and reward, such behavior?

Don’t Just Give, Give Smarter

Make Charitable Giving Part of Your Holiday Season — and Part...