Home Technology Personal Technology Would You Let Your Auto Insurer Track Your Driving Habits Via Your... 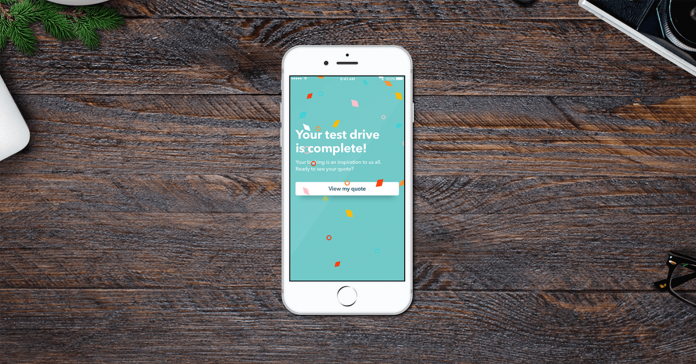 The auto insurance arm of travel club AAA wants customers to download a smartphone app and let the company track their driving habits.

The app will rate drivers based on smoothness, speed, distraction, time of day and fatigue by capturing the start and end times of each journey, acceleration rates, and GPS location information, according to the company, which markets insurance in Florida under the name Auto Club South Insurance Company.

Highest-rated drivers can earn discounts of up to 30 percent off of their auto insurance premiums, the company says.

AAA says its program, called AAADrive, is one of the first smartphone-based driver monitoring products approved by the Florida Office of Insurance Regulation.

Other major insurers have been rolling out similar programs in recent years.

AAADrive lets drivers monitor their scores through the app and use the information to improve their habits, the company said.

Parents can also use the app to monitor habits of their teen children, AAA suggests on a frequently-asked-questions page on its website.

Use of the app requires an iPhone 5S or higher or a GPS-enabled Android smartphone. Location tracking services must be kept on.

Participants wouldn’t have to keep their apps on indefinitely to qualify for discounts, but the largest discounts go to drivers who score highest while logging large numbers of trips and miles.

Drivers are required to log two journeys and 10 miles with the app to qualify for an initial discount. Upon renewal, AAA will rescind the discount for drivers who have not recorded at least 1,000 miles and 25 journeys.

Drivers with more than one major traffic violation or more than two at-fault accidents are not eligible to participate.

Use of the app is not limited to AAA’s insurance customers. Auto Club members can also use the app for fun or to help improve their driving by downloading the AAA Mobile app and creating a user account.

How many policyholders will find the promise of a premium discount enticing enough to allow AAA to track their driving behavior remains to be seen.

In a statement, the company says 27 percent of policyholders are using the program in all of the states where it’s currently offered. “We have seen very favorable participation among our members and insureds and see a 4 percent month-over-month participation growth,” spokesman Mark Jenkins said in an email.

Yet a 2016 report by the Pew Research Center, based on a national survey and online focus groups, found that 45 percent of respondents considered trading a discount for surveillance of their driving habits “unacceptable.”

Just 37 percent said such a tradeoff would be acceptable while 16 percent said their decision would depend on the circumstances.

Respondents who opposed the idea said they felt uncomfortable letting their insurance company know where they were going. Others worried companies will eventually use tracking data to punish them with higher rates.

Some said they wouldn’t mind participating if insurers tracked only speed and kept destination information private.

AAADrive’s terms and conditions state that drivers’ information “will remain confidential at all times to (AAA) and vendor partners that support operations” for the program and will not be sold to third parties or shared “in any way unless required by law or regulation.”

Running a Part-Time Business: 4 Surefire Tips to Make It Work