Home Lifestyle Would you Commit to a College you Can’t Visit? Coronavirus Upends College... 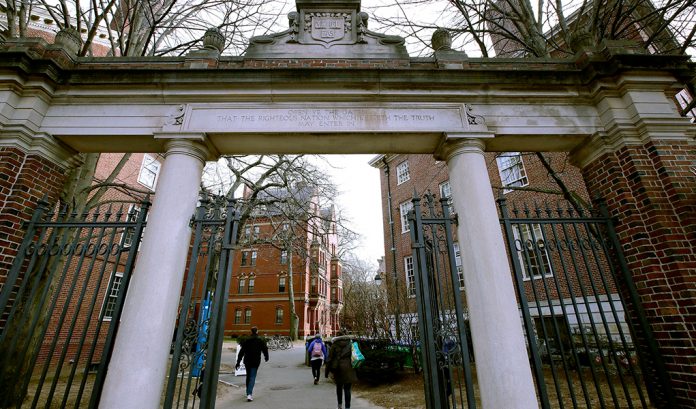 Vince Cuseo, admissions dean for Occidental College, is racked with unknowns. The college relies on students from other states and countries for more than half its enrollment. It tries to seal the deal with admitted students during tours to the lush campus in eclectic Eagle Rock each April.

But with the campus closed to the public because of the coronavirus crisis and mounting financial pressures on families, will students blindly commit to a private college with a $72,600 annual price tag?

Dasani Anderson, a senior at George Washington Preparatory High School, has dreamed of venturing beyond California and was admitted to Spelman College, the nation’s top-ranked historically black college. But the pandemic forced her to cancel plans to visit the Atlanta campus, and she is still uncertain if Spelman’s financial aid will cover her needs.

Now she wonders: Should she stay local at UCLA?

On both sides of the admission process, college decisions in a year like no other are playing out in new, unpredictable and often frustrating ways.

For college-bound high school seniors, what is likely the most consequential decision of their young lives is riddled with uncertainties over affordability, safety, family obligations and “choosing blind” without campus visits, as one student put it.

Their quandaries, in turn, are ramping up pressure on colleges and universities to nail down commitments so they can keep enrollments steady, budgets stable and operations secured. And they must do so in uncharted territory, where previous prediction models and admission practices may not apply.

To secure students, campuses are increasing their number of admission offers and spots on wait lists. They are enhancing virtual campus experiences to replace traditional welcome events that often clinch commitments from admitted students. And they are starting to analyze how they can accommodate greater demands for financial aid.

“In this year of years, we’ve got to use common sense and intuition because there’s no algorithm that can predict college decisions in a global pandemic,” Cuseo said.

Financial pressures on families loom large as the contagion has shut down businesses and forced 17 million people to apply for unemployment benefits. A recent survey of more than 45,000 students and parents by Niche, an educational research group, found that the pandemic had caused 88% of high school seniors polled to worry more about their family’s ability to pay college costs.

Occidental and Claremont McKenna College say they are hearing from more families apprehensive about college costs and remain committed to fully covering a student’s demonstrated financial need. UCLA, which recently concluded a $5.49 billion fundraising campaign, is awarding more scholarships and extending staff hours to handle the growing calls that it, too, is receiving.

“Our message to students is that if your family’s situation has changed because of this virus, get in touch with us,” said Youlonda Copeland-Morgan, UCLA vice provost of enrollment management. “We see what’s happening to some of these families and we’re going to continue to do everything we can to make sure UCLA is affordable.”

Metzli Cruz, 17, is a valedictorian with a perfect grade-point average at Felicitas and Gonzalo Mendez High School in Boyle Heights. She is scrambling to find $300 to cover the deposit for USC because money is tight now that both her parents have lost work at a beauty salon and cosmetics factory.

Sebastian Cazares, a 19-year-old student at College of the Canyons in Santa Clarita, planned to work 30 hours a week this term so he could focus on his passion of student activism when he transfers this fall to a four-year university — UCLA, he hopes. But the pandemic has dried up job opportunities. If things don’t change, he’s resigned to commuting from home by bus and putting work over activism, internships and student leadership.

Indeed, many students are bracing for a less ideal college experience. As most campuses have shifted to online learning, some students say they may change their college plans altogether if they aren’t able to enjoy the traditional freshman experience of dorm life, campus clubs and new friends.

Crystal Salinas, a 17-year-old senior at William S. Hart High School in Santa Clarita, has committed to California Baptist University in Riverside. But if online instruction continues through the fall, she may take a gap year.

“I wouldn’t be receiving the best education that I can,” she said.

Sonali Jacinto, 18, is also a Hart student who was deciding between Arizona State University and California Lutheran University in Thousand Oaks. But now she’s pondering community college to reduce costs, since her mother’s hours as a restaurant manager have been cut.

That option would also allow Jacinto to stay near her family, another big concern for many students. The Niche survey found that more than one-third of high school seniors were planning to stay closer to home than previously intended.

One of them is Keenia Mata, a Mendez High School senior with a 4.27 GPA who plans to major in neuroscience. She has longed to “venture off” to college outside California — maybe Bucknell University in Pennsylvania.

But after her father’s friend contracted COVID-19, the disease hit home and she decided she wanted to stay closer to family. She will probably choose UC Berkeley as a happy medium.

“I really care about family,” she said. “Without them, I wouldn’t be where I am now.”

A major lament for others is the inability to visit campuses. Lester Cedeño, a student at Middle College High School in San Bernardino, said it’s “extremely terrifying” to commit to UC Berkeley before visiting. Arcadia High School senior Jeffrey Lee wanted to feel the overall campus vibe as he compares it to his other top choices, USC and New York University.

Amid the pandemic, campuses are adapting as best they can. The UC and California State University systems recently announced more flexible rules for admission, including later deadlines for official transcripts, acceptance of pass/fail grades, and, for UC campuses, optional submission of SAT and ACT scores for fall 2021 applicants.

But uncertainty reigns. Cal State Northridge, which enrolls one of the nation’s highest number of students on federal Pell grants, expects greater demands for financial aid. College decisions could cut both ways, with some students dropping out of school to work and others choosing Northridge over out-of-state choices to stay local. Campus officials are planning for about 38,400 students for fall 2020 but have no idea how close to the mark they’ll get.

To hedge against drops in yield — the percentage of students who accept admission offers — some universities are increasing offers for fall 2020 over last year. USC, for instance, extended about 2,000 more freshman offers.

UCLA extended more wait-list offers, as did other UC campuses in case fewer admitted students than anticipated commit to enroll.

The impulse to stay closer to home, however, may help California campuses. A few years ago, UC Santa Barbara launched a campaign, “We’re Closer Than You Think,” to correct misperceptions that Santa Barbara is “really far away” from the rest of Southern California, said Lisa Przekop, admissions director.

In addition, all campuses are scrambling to replace celebrations for admitted students with virtual experiences. For Olufemi Ogundele, UC Berkeley undergraduate admissions director, having to do so is “jarring and sad” because the in-person events mark his favorite time of year, when he can finally meet the bright young adults known until then only through application materials.

But Ogundele said Berkeley will make the most of it by extending Cal Day to Cal Week with more opportunities to experience student panels, lectures and networking events online. UCLA and UC Riverside also are extending welcome events, which usually attract more than 10,000 visitors on a single day.

Smaller campuses, such as Occidental, are facing greater challenges. Their smaller size allows them to customize outreach with individual phone calls and emails. But it also leaves less room for error, as a shift of even a few dozen students could disrupt the delicate balance of needed housing and courses.

“It’s like running a lunar module on the dark side of the moon on a dime,” Cuseo said.

A Salute to Black Broadway