Home News U.S. News Workers Are Slowly Coming Back to the Office, But Less Than Half... 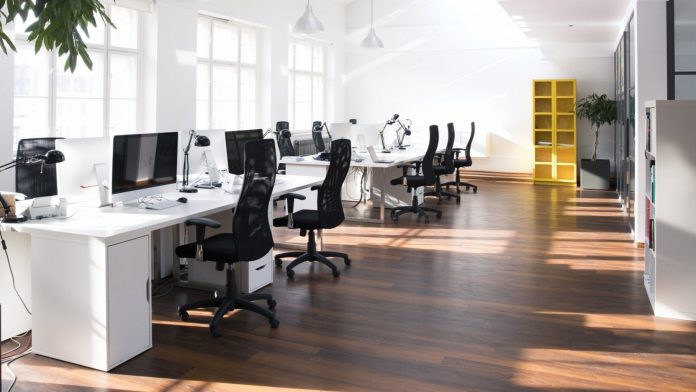 If you popped back into your office lately, it’s still a pretty lonely place.

The vast majority of folks are still working at home because of the COVID-19 pandemic.

Among the 10 major U.S. markets Kastle Systems track, only 27.4% of workers have left home to return to the office.

“The nation continues to return to offices, with building occupancy rates rising in nine out of the 10 cities,” the researchers who prepared the Kastle Systems’ report said.

For the second month in a row, Dallas-Fort Worth leads the country in the share of workers who are back in the office.

Last week, 43.3% of D-FW office employees were back at their desks — the largest share of any metro area in the country, according to a new report from Kastle Systems.

The percentage of people back in the workplace in D-FW is up from 36% in early September and less than 25% in early April.

Most metro areas still have a long way to go to get back to pre-pandemic office occupancies.

Only 14.7% of San Francisco’s office worker population is back. And in New York City, almost 83% of employees are still working at home.

With the COVID-19 pandemic resurging, many major U.S. office employers have recently said they don’t expect their workers to be back from home until next summer.

Uncertainties about the future of the office market have already affected leasing.

So far in 2020, net office occupancy in the Dallas-Fort Worth area has fallen by more than 2.5 million square feet — the biggest such decline in more than a decade.

People Struggling to Pay Bills During Coronavirus Could Get Hit Again...