Home Career Women in the Workplace: Glass Ceilings are Breaking — but ‘Broken Rungs’... 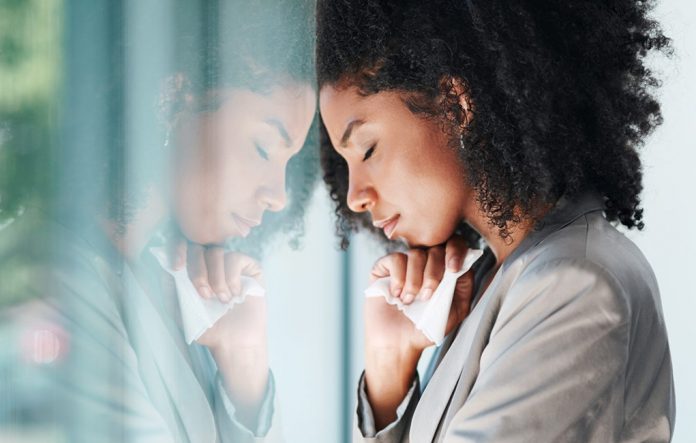 The glass ceiling has long been talked about as the barrier keeping women from top roles in the workplace.

A new report says there’s a more pervasive problem facing women trying to climb the corporate ladder — a “broken rung” that inhibits their ability to step into that first management position.

Instead, they get stuck in lower-paid, entry-level jobs with less mobility and few prospects for advancement, according to the report by consulting firm McKinsey & Co., and Lean In, a nonprofit formed to support women’s ambitions.

The “Women in the Workplace” report found that for every 100 men promoted or hired into a manager role, only 72 women were.

“This early inequality has a long-term impact on the talent pipeline,” the researchers concluded.

To gather the results, the report’s authors culled human resources data from 329 companies and surveyed more than 68,500 employees on their experiences in the workplace. In addition, this year’s findings build on data collected over the past four years and on similar research conducted by McKinsey & Co. in 2012, according to the report.

There have been advances on the upper end of the ladder. Women’s representation in the C-Suite has increased to 21%, from 17% in 2015. In addition, 44% of companies have three or more women in the C-suite, up from 29% in 2015. Still, researchers said parity is a long way off: Only one in five top executives are women. And women of color, who face greater challenges overall in corporate America, represent only one in 25 C-suite executives.

Takeaways of the report include:

Women’s experiences in the workplace are not the same, and employers need to address “the unique challenges that different groups of women face,” the report said.

To fix the “broken rung” problem, the survey’s authors suggested a starting place: Set a bold goal to grow the number of women managers and publicize it. Diverse slates should be required for hiring and promotion.

Managers who make decisions about who is hired or promoted, including at the entry level, should go through unconscious bias training. One in four of the women surveyed believe their gender has played a role in missing out on a raise, promotion or chance to get ahead.

More women should be offered high-profile assignments, leadership training and sponsorship opportunities within an organization to make them good candidates for advancement.

Wages and Women in the Energy Industry