Home News Headlines With Kamala Harris Out of the Race, Where Do Her Celebrity Donors... 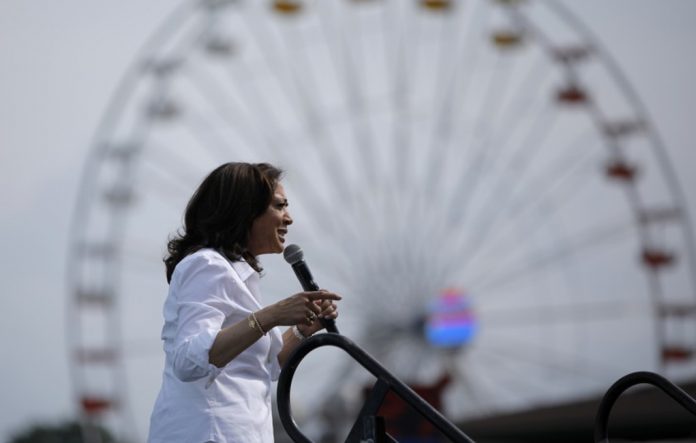 Sen. Kamala Harris, the Democratic contender who fielded the largest number of celebrity donors, dropped out of the race for president Tuesday. So where will those folks take their support?

“I’ve taken stock and looked at this from every angle, and over the last few days have come to one of the hardest decisions of my life,” Harris said in a Medium post announcing her decision. “My campaign for president simply doesn’t have the financial resources we need to continue.”

The financial resources it did have came in part from the 70 people identified by The Times as celebrity donors to her campaign, as of the most recent Federal Election Commission report. That cash made Harris the leader in Hollywood-famous donors.

While there’s not a single clear next-step candidate of choice, the donors themselves have provided some hints.

A few people — most of them “honchos” such as James L. Brooks, Rob Reiner, Jeffrey Katzenberg and Dana Walden — have already spread their money around to multiple candidates, including Sen. Cory Booker, Sen. Elizabeth Warren, former VP Joe Biden and Sen. Amy Klobuchar. They could go any number of ways, so forget them for now.

But another group has given to Harris plus one, which could be a good indicator of their future intentions. The “plus one” names vary, of course.

Lisa Edelstein, Steven Spielberg and Scooter Braun are donors to Booker as well as Harris. Gloria Steinem, Kirsten Vangsness and Barbra Streisand split their money between Harris and Warren. Ryan Murphy, Jeff Shell, Anna Wintour and Carol Bayer Sager have all supported Mayor Pete Buttigieg of Indiana in addition to the California senator.

But there are still a lot of wild cards who had Harris’ back and Harris’ back only: Shonda Rhimes, Mindy Kaling, Chris Rock, Demi Lovato, k.d. lang, Anthony Anderson, William H. Macy, Felicity Huffman, Alfre Woodard, Reese Witherspoon, Ben Affleck, Sean Penn and Michael Douglas are among those who are still up for grabs, to name but a few.

Of course, Harris could also show up as the eventual candidate’s VP pick.

In Interviews, Cubans See Hope, Not Betrayal, in US Relations

Remembering the Power and Influence of Bill Lynch