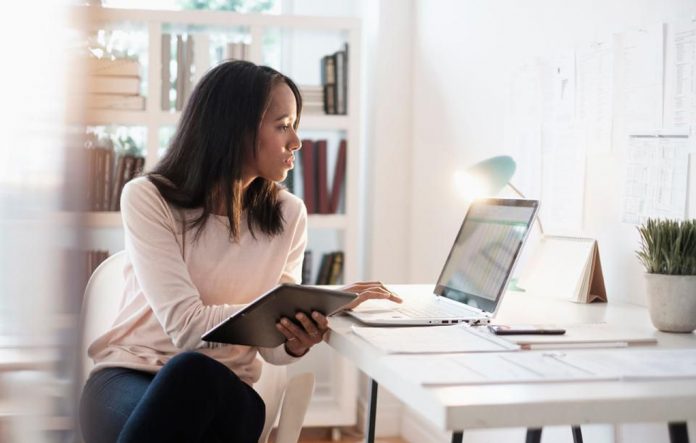 I’ve spoken with several people lately who are frustrated because they have applied for jobs online and are getting no response. Why does this happen? And is there anything you can do to improve their chances of hearing back?

Although unfortunate and frustrating, this isn’t an unusual situation to be in. And when you consider some recent stats, it isn’t even surprising. According to information from Glassdoor, each corporate job offer, on average, attracts 250 resumes. Of those candidates, four to six will get called for an interview, and only one will get the job.

Adam Thompson, director of digital marketing for ReliaSite, who has been a hiring manager for more than a decade, gave me five reasons a job applicant might not get a response:

*An inactive job listing: Many companies post jobs and don’t take them down if they change their mind or fill the role.

*A bad match: They may not feel you’re a good match for the position. “This is probably the most common reason for non-replied applications,” Thompson says. “Job descriptions rarely convey the full picture of what the company is looking for. So, you as a candidate might feel you’re a good fit, but you don’t necessarily know the full picture of what they’re looking for.”

*A slow hiring process: “Some companies take months to interview and hire people,” explains Thompson, who says he’s applied for jobs and gotten an interview request two months later. “I still haven’t figured out how such companies hope to hire decent candidates when they take so long to reply, but some do it.”

*Company incompetence: People aren’t perfect, including recruiters and hiring managers, which means applications sometimes slip through the cracks or get forgotten.

So, what’s a job seeker to do?

“With a large applicant pool, you need to get personal,” says Bryce Bowman, the founder of People First Planning who handles the hiring process for his company.

His biggest complaint? “When I hire for open roles, I spend an entire day reviewing all the resume submissions. Making this tedious task even worse, it is obvious that many applicants are just applying for any job, and they didn’t take the time to learn about my company,” he says.

His advice? Be very selective about the roles for which you’re applying and take time to understand at least a little about the company before you hit ‘send.’

“Before applying for any role, I suggest spending a minimum of one hour learning about the employer’s business model, and think about how you can add value,” Bowman suggests. “Then find one of the company’s recruiters on LinkedIn and send them a message detailing why you are excited about the role and how you are uniquely qualified to support their business. Most will respond to you, and many will even put you in direct contact with the hiring manager.”

Danielle Radin, author of “Become A Networking Ninja: How to Network Out-of-the-Box and Into Employment,” suggests being more creative in your first line of communication.

“If you’re not getting responses from your job applications, it’s time to switch up your subject line in your emails. You need something that is clickable, yet something that doesn’t look like spam,” says Radin, who also points to LinkedIn as a valuable resource.

“Go to LinkedIn and look up three of the important people in the company who would be able to hire you. Their email addresses likely have the same format as the one you’ve applied to. Then send them an email with (a subject line) something like: ‘Strong Biologist Available’ or ‘Harvard-educated Teacher Available’,” she says. “It’s important to put your strength right there as the first thing the interviewer sees about you.”

The bottom line? Go that extra mile to get your application seen.

And if you don’t?

“You can always just submit your resume in the online portal, just like everyone else … but your odds (of getting the job) are about 1 in 250,” Bowman says.

Jumping Back into the Workforce After Raising Kids?

Tips for New Grads: How to Jumpstart Your Career