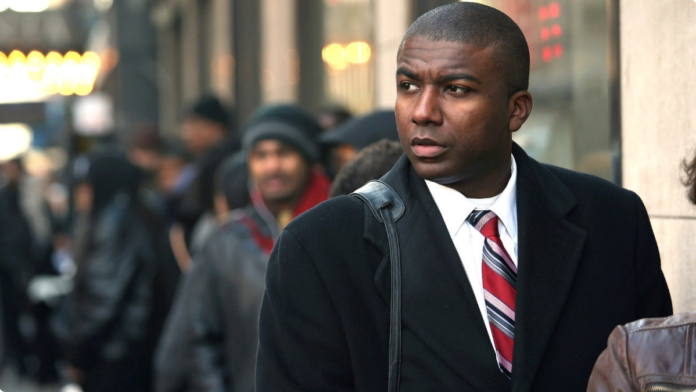 LE SUEUR, Minn. ? Customers can?t get enough of Cambria?s quartz countertops, and the million-square-foot production facility here is racing to keep up. Under bright lights and high ceilings, churning machinery fuses quartz crystals into heavy slabs and polishes them until they shine.

This facility is short 40 production workers. It took months to find all the workers for a new assembly line added earlier this year ? even after Cambria boosted entry-level wages from $16.66 to $18 an hour. The labor shortage is costing the company some $3.8 million per month, said Marty Davis, the company?s president and CEO.

Employers across the country, from manufacturers in rural Minnesota to hospitals in New York City, are having trouble filling jobs. It now takes about 28 workdays to fill the average job vacancy, compared to about 24 days, on average, in 2007.

The declining unemployment rate has made it more difficult for employers to find workers, but it?s still tougher than it should be given the current jobless rate. Since the recession ended, the number of job openings has increased faster than the number of new hires.

The usual explanation offered by business and education groups is that too few Americans have the right skills for the openings. The way to close this ?skills gap,? they say, is to improve job training and more closely align higher education to employment.

But this solution, promoted by politicians as the way to help workers left behind by globalization and automation ? both major challenges for the country in the 21st century ? is too simplistic.

Throwing more public dollars at education and training won?t be enough to connect willing workers to open jobs. In many places, employers are also setting wages too low, defining qualifications too narrowly, or not recruiting widely enough. Many people who are eager to work can?t because they lack transportation, or don?t have anybody to watch their children during the workday.

Besides, a lot of the open jobs that employers are struggling to fill right now don?t require any education or training beyond high school.

?I think (the) ?skills gap? has run its course. It?s overhyped and overrated,? said Janice Urbanik of Partners for a Competitive Workforce, the umbrella organization for workforce efforts in the Cincinnati area. ?I don?t think it?s the only factor, and to some extent it?s not even the primary factor.?

President-elect Donald Trump made restoring lost manufacturing jobs a centerpiece of his campaign. He says he will bring back jobs by cutting taxes, rolling back regulations and renegotiating trade deals. His position on education and training for displaced workers is unknown.

But that long-term shift doesn?t totally explain why jobs have been sitting open since the Great Recession ended. The U.S. hasn?t experienced the massive wage growth you?d expect from a shortage of workers, although wages did start rising last year. Many economists say that if there were a shortage of workers, wages would be going up more.

They say the lack of wage growth proves the U.S. has a demand problem ? not enough good jobs ? rather than a supply problem ? not enough skilled workers. The idea that all we need to do is train workers is ?fundamentally an evasion of a profound social challenge,? former U.S. Treasury Secretary Larry Summers said during a panel discussion hosted by the Brookings Institution last year in Washington, D.C.

National employment numbers provide a broad overview of the labor market, but they are too murky to explain why employers can?t fill certain jobs. The closer you get to the local level, the clearer it becomes that multiple factors hold back hiring, and that those factors differ by job, industry and location.

The head of Minnesota?s Labor Market Information Office, Steve Hine, knows this well. Twice a year, Hine?s staff surveys a cross section of Minnesota companies to ask them about their openings. In 2012 and 2013, it followed up with employers looking for workers in health care, engineering, manufacturing and information technology ? fields supposedly suffering from a skills gap.

When hiring was difficult, employers gave multiple explanations for it. In 2013, for example, Minnesota manufacturers said two-thirds of all their openings were hard to fill, but that only 14 percent of positions remained open purely because applicants didn?t have the right education and training.

Instead, most employers had a hard time filling jobs because of a mix of factors. A lack of applicants with the right skills was one reason. But there were many others, including location, low wages and undesirable shifts.

?The job is not that specialized,? one manufacturer said of a position it had trouble filling. The problem was finding someone willing to live in a small town and work long hours for low pay.

In the past year or so, as the economy has improved and fewer people are out of work, companies have ramped up recruiting.

Cambria has been pulling out all the stops to lure people to its two facilities in southern Minnesota. It has thrown pizza parties for the engineering club at the nearby state university, added paid internships, raised wages, and started offering English classes to Spanish-speaking production workers ? a move the company hopes will retain those workers and prepare them for promotions.

The company?s top leaders don?t understand why they?re still having trouble hiring. Brian Scoggin, Cambria?s executive vice president of operations, said the facilities in rural Minnesota face one obvious problem: there just aren?t that many people living nearby. But population density can?t be the only factor, because Cambria?s Toronto facility has some of the same problems.

Skills gaps are a problem for some positions, and the Greater Mankato area ? and regions like it around the country ? has pulled together to create new associate degrees and postsecondary certificate programs for those jobs. One associate degree that should help Cambria teaches students to fix automated assembly lines.

And Minnesota, like many other states, is trying to help students choose college programs and plan their careers by collecting and publishing data on earnings after graduation.

Many of Cambria?s open jobs don?t require much education, however. The overwhelming majority of open production jobs across south central Minnesota don?t require a college degree, in fact. Nor do almost two-thirds of openings statewide.

Despite the Legislature?s goal of ensuring that 70 percent of state residents have a college degree or certificate, Hine says that Minnesota may have more college graduates than it has jobs for them. Hirsch says the same of New York City, which has more people with a two-year degree or some college experience than jobs with those education requirements.

For Cambria, another barrier to recruitment may be its company culture. Some current and former employees describe low morale, particularly on the production floor, and say managers should spend more time listening to their low-level employees.

Regina Dallman, 43, lasted eight months working 12-hour shifts as a crane operator at Cambria?s Le Sueur plant. She admits she wasn?t a perfect employee ? she has wrestled with drug addiction ? but she thinks low-level workers would stick around longer if they felt more valued.

Scoggin could not comment on Dallman?s specific complaints, but he said poor attendance is a problem at the plant. The shift schedule ? two or three 12-hour workdays, followed by two or three days off ? doesn?t work for everyone. ?A lot of people, I?m sure, would rather work Monday through Friday,? he said.

In the years to come, Hine expects it to be tougher for employers to fill all kinds of jobs in Minnesota. ?We?re just not going to have the workforce growth that we?ve been used to over the past 50, 60 years,? he said. Minnesota?s labor force is already somewhat smaller than it was a year ago, he said.

Nationally the labor force will grow more slowly in coming years than in the past. In Minnesota, baby boomers are leaving the workforce faster than millennials are entering it, a common pattern across the aging Frost Belt. In fact, over the past five years, in most of the country, the working-age population has shrunk.

Pressure from a shrinking labor force should spur companies to recruit more widely, lower their requirements and make their jobs more appealing. In Mankato, which has a 2.8 percent unemployment rate, employers are doing more to recruit underemployed immigrants from Somalia and Sudan.

Another solution might be breaking out of traditional gender roles. Urbanik said most of the manufacturers and construction companies she works with employ few, if any, women. She?s been helping them broaden their recruiting and create better work environments for mothers.

Employers can be set in their ways, Urbanik said, and may be blind to how the communities around them are changing. ?They like to go after the kids who grew up on farms,? she said of her employer partners in Cincinnati. But there are fewer and fewer farm kids in the area these days.

Urbanik also plans to spend more time convincing employers that raising wages, improving shift schedules, and creating opportunities for advancement will pay off. Benefits such as paid leave and transportation assistance help too. Only 59 percent of the jobs in the Cincinnati region are accessible by public transportation, she said.

In rural Minnesota, a weekly stipend to cover the cost of gas has helped Dallman, the former Cambria worker, stay enrolled in a welding course organized by the South Central Workforce Council. A lenient landlord gives her extensions on her rent, which has allowed her to scale back to part-time work while she studies.

?A person may have a skills deficit, but also have child care and transportation issues,? Urbanik said. What?s lost in the national skills gap debate, she said, is how integrated employment issues are.

Federal student loan payment pause is coming to an end