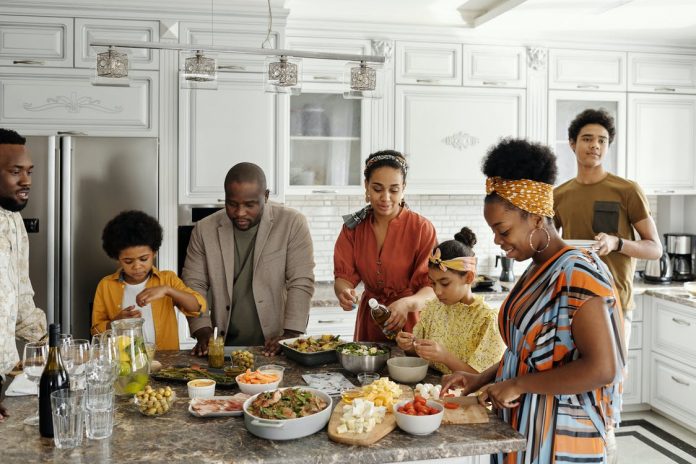 As Baby Boomers and their parents age, we’re receiving more questions about how to manage their housing and their inheritances. We’ll continue to publish these questions, comments and our responses, and encourage you to keep sending them our way.

Reader comment: Maybe there was more information from your correspondent being blindsided by his sister setting up a trust without including him, but your answer indicates you assume the mom has good reason to do so. Here’s a quick synopsis of my story:

Ten years ago, I learned my brother had exploited my parents out of hundreds of thousands of dollars. When I confronted him about this — asking questions about his reasons — he commenced a years-long campaign to convince my mother that I was mean to him and aggravating a health condition of his. His wife, who I barely know, joined forces with him, which really convinced my mother I was no good.

Neither of us live near our mother, but over these years, I have been the one to always go when she needed extra help for medical issues, including many surgeries and emergencies. I do every holiday with her. He sees her generally three times a year on New Year’s Eve, on her birthday and for a vacation at the lake where she used to rent a cabin.

I tried to get my mother to go to joint therapy and have repeatedly suggested mediation to iron out things, but have instead watched a slow erosion of my place in the family.

I started out as the executor of her estate with powers of attorney for financial matters and health care, and my brother was alternate. Now there has been a series of four or five wills that eroded this. Apparently, my brother and his wife have taken over all these powers and appear to be creating a trust that is secret from me. If my mother were to pass away today, it appears that each of my children would get one-sixth of her estate and my brother and his wife (they have no children) would get two-thirds with nothing for me. I have only learned this by occasionally snooping.

I’ve talked to an adult protective services worker who said they see this sort of exploitation frequently, but that it is very hard to prove anything and put in place protections for an older person. I am talking to an attorney now who specializes in these cases and said it is typical for one child to be able to manipulate the parent and turn her and/or him against the sibling.

Unfortunately, my father, who would never have gone along with this, passed away before I learned that my brother has essentially taken my mother’s money. It is very hard to prove undue influence, and clear incompetence is also not necessarily a factor easy to demonstrate.

Rather than assuming the left-out child deserves it, it might be nice to encourage parents to be open with their children about their plans and be willing to listen to all children’s concerns. Our family will never again be whole — and it was so unnecessary.

Thanks for considering another viewpoint.

Ilyce and Sam respond: Although you never know what’s going on until you hear both sides, this sounds like a pretty bad deal for you and, potentially, your mother. Still, there are lessons to be learned on all sides.

First, we agree with your suggestion that parents should discuss their finances, their current financial affairs and any arrangements they’ve made to dispose of their furniture, furnishings, assets or other possessions upon their death. We also agree that there are times that one child may have a greater influence on a parent than another and that favored children might take advantage of their standing in a family. In fact, they often do.

Still, exploiting the fact that you’re the favorite child in a family isn’t necessarily illegal, even if it hurts other family members. Unless there is something illegal going on, it’s quite hard to go to the authorities and try to get financial arrangements reversed or changed.

It’s important to get your financial house in order, and by that we mean not only drafting a will and powers of attorney for health care and financial matters. You should talk with your children about how much money you have and what you intend to do with it when you die.

Even so, that won’t change the fact that our parents are human and susceptible to pressures and outside influences. At the end of the day, you hope that your parents will treat their spouse and children fairly, if not equally. As you’ve found out, that’s not always the case.

We’ve found that many people don’t have financial conversations with their children, or at least not all of them. When their children are young, they don’t talk about money because the kids are too young and inexperienced. But as they and their children age, the excuses for avoiding these conversations shift: Parents worry that children might fail to launch successfully if they know they are receiving an inheritance; or perhaps their children have a significant medical issue that will require lifelong financial support; or they want any financial inheritance to go to their own children and not their spouses; or they play favorites.

At the end of the day, we believe parents often don’t share information about their money because they’re insecure about what their children will do with that information. They don’t want anyone to be mad at them, so they don’t bring up difficult issues. As you’ve experienced, it isn’t always sunshine and rainbows, and it can truly be hard for those left out.

5 Couponing Tips for Busy Moms: Get Great Savings in Less...

3 Things To Know About Venture Capitalists