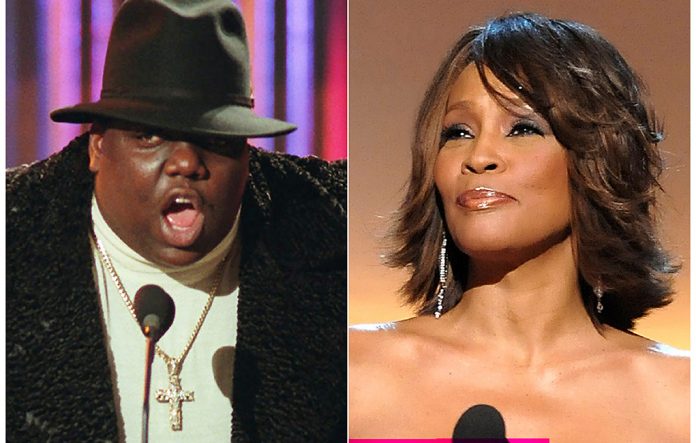 The Rock and Roll Hall of Fame 2020 class of inductees runs a gamut from shimmering R&B-laced pop and classic ‘90s hip-hop to industrial rock and foursquare glam-rock with the selection of Whitney Houston, the Notorious B.I.G., Nine Inch Nails and T. Rex along with the Doobie Brothers and Depeche Mode, all of whom will join the hall’s ranks this spring.

The latest slate of inductees leaves behind the Dave Matthews Band, Kraftwerk, Motörhead, Thin Lizzy, MC5, Rufus featuring Chaka Khan, Todd Rundgren and Judas Priest, who were among 16 acts on the final nomination ballot that didn’t make the cut for induction in 2020.

That ceremony is scheduled to take place May 2 in Cleveland at the Public Auditorium, near the hall’s headquarters and museum. It is open to the public and tickets will go on sale Feb. 27.

If there’s a surprise in this year’s group of inductees it is that just one of the artists chosen — the Doobie Brothers — reached the top five of the hall’s fan voting. The other most popular nominees were the Dave Matthews Band, which logged just over 1 million fan votes followed by Pat Benatar (882,000 votes), the Doobies (nearly 785,000), Soundgarden (just under 723,000) and Judas Priest (675,000).

The top five vote-getters on the fan ballot generate just one vote apiece for each of those acts, which is added to the total from the hall’s 1,000 or so voting members. But the fan poll demonstrates to voters which acts those fans are most enthusiastic about.

In the quick-turnaround department, four of the new inductees made it after appearing on the ballot for the first time: Houston, Notorious B.I.G., the Doobies and T. Rex.

For the first time, the induction ceremony will be carried live on HBO, which previously had aired taped highlights in weeks after the actual event.

Chrisette Michele has an ‘Epiphany’