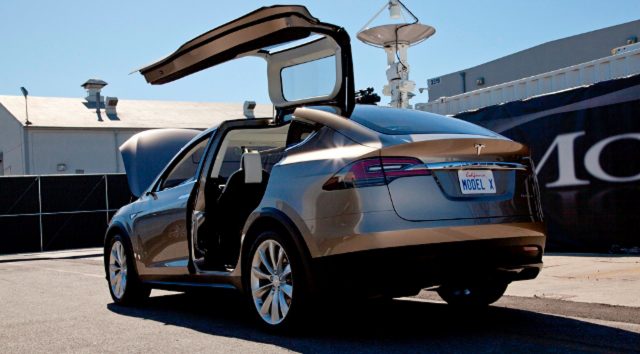 New vehicles and technologies got hammered in Consumer Reports 2018 study of vehicle reliability. As a result, ratings for longtime CR favorites Honda and Tesla plummeted, and every brand from the Detroit Three was mired in the lower half of the industry.

Countless buyers consider CR’s ratings when shopping for a new car, so this is great news for perennial Nos. 1 and 2 Lexus and Toyota — in that order this year, flipping from 2018.

Like fans of a losing sports team, Ford, General Motors and Fiat Chrysler are left to say “wait till next year.”

“The early adopters of technology get penalized in terms of reliability,” CR director of automotive testing Jake Fisher said, speaking to the Automotive Press Association in Detroit. “Don’t chase the new technology. Take your time and get it right.”

For example, problems with a new nine-speed transmission sent owners of the popular Buick Enclave and Chevrolet Traverse SUVs to dealers for repairs.

“Consumer Reports’ reliability survey matters because reliability matters to consumers,” Cox Automotive senior analyst Michelle Krebs said. “Regardless of brand, model or category of vehicle, reliability always ranks as No. 1 — by a long shot — in Kelley Blue Book’s BrandWatch, which asks consumers what is important to them in car buying.”

Toyota Motor Co. stands head and shoulders above other automakers. Its Toyota and Lexus brands have topped CR’s reliability study every year but one — and Toyota’s short-lived Scion brand won that year.

Giving witness to the fallibility of other Japanese brands, Honda builds two of CR’s 10 least reliable vehicles, the Clarity sedan and Odyssey minivan. No other brand had more than one on the list.

Half the cars in the bottom 10 were new for 2018, supporting the link between new cars and poor reliability.

By contrast, the most reliable vehicle was the Lexus GX SUV, which debuted in 2010. Seven of the top 10 have been on sale for at least three years. Seven also come from Toyota.

Toyota’s had its share of problems, from recalls to unintended acceleration, but the company’s reputation for quality and reliability remains intact.

Fisher credits the company’s hesitancy to adopt new technologies. Toyota just began offering small, turbocharged engines, years after many competitors. It takes a leisurely approach to most technologies, he added.

“Sometimes not being first, and taking your time, pays off.”

Automakers that want to be tech leaders should increase their testing and speed up fixes — there’s no excuse Cadillac’s CUE infotainment controls is still sinking the brand’s rating — but they may also have to accept that a price of innovation will always be lower reliability scores.

“The more features an automaker adds to surprise and delight the customer, the more chances they take,” Fisher said.

How ZEN Hopes to Attract Teen Content Creators with Cryptocurrency

Is There Any Way to Prepare for Gamification?