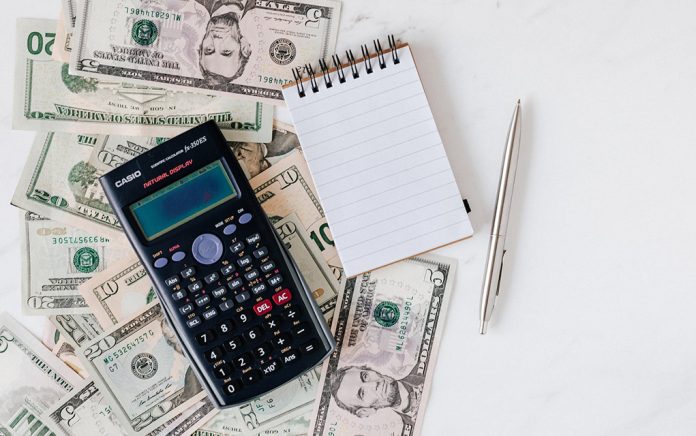 The latest economic numbers reflect strong growth but no headline inflation. The Fed can’t find enough inflation to worry about. The gold market, which traditionally rises as a hedge against inflation, can’t seem to find inflation either. So, why worry about inflation?

Well, maybe we’re not looking for inflation in the right places. We tend to define inflation in terms of rising prices. Actually, inflation is a monetary issue: too much money chasing goods and services, pushing prices up.

And some prices are rising. Let’s start with the stock market, now at record highs. A lot of money is chasing stock prices higher. Or look at the basic ingredients in the hot housing market — lumber and copper. Prices of both of those commodities are soaring. Check out the used car sales prices. They’ve increased dramatically as people stayed away from public transportation. And many companies are paying premiums for scarce computer chips, used in manufacturing everything from cars to refrigerators to computers.

Meanwhile, consumer spending, which accounts for 68.2% of the economy, rose 10.7 percent in the first quarter, compared to a 2.3% gain in the fourth quarter of 2020.

Combine $3 trillion in stimulus payments and infrastructure plans with Fed purchases of U.S. debt amounting to $120 billion every month to keep rates low — and clearly there’s a lot of money being pushed into the system! And consumers are ready to spend it.

Of course, some of the money is being saved. In the first quarter of 2021, the savings rate soared to 21% from 13% in the fourth quarter. That’s an interesting statistic, because it really indicates future buying power for consumers.

Meanwhile, the Fed’s favorite measure of inflation — the PCE (personal consumption index) showed only a 2.3% increase in the quarter. And Fed Chairman Jerome Powell constantly repeats that the current rising prices are “transitory” — presumably thinking that consumers are playing catch-up after a year of pent-up demand. He knows that as long as the world thinks the Fed is firmly in control, and eventually would act definitively to control rising prices, there’s no reason to worry now.

Americans of all political persuasions are soundly in favor of the latest round of government spending. Why not? It’s free money, dollars newly created without consequence because the rest of the world continues to believe in the power of the Fed to control inflation.

So far it’s working. Our rising national debt — now over $28 trillion — isn’t causing higher rates because the Fed is buying so much of it, pushing rates down. The dollar is still seen as a “safe haven” for liquidity being created by central banks around the world.

A look at history tells you that monetary inflation starts as a gradual process. Countries can get away with “watering the milk” — degrading their currency — for a long period before there is a sudden awakening to the fact that it’s happening.

But history is also replete with the sudden explosion of currency inflation when people decide in unison that they don’t trust their currency. Germany, Venezuela and Zimbabwe spring to mind — but they weren’t “reserve currencies” used by the world.

However, the U.S. dollar did have a fleeting but scary round of inflation — rising to 13% — in the late 1970s, after a decade of money creation (mild in historical comparison to what we have now). That newly created money was used to fund the “Great Society” and fight the war in Vietnam, as well as to offset rapidly rising oil prices. And the inflation it created was crushed by Fed Chairman Paul Volcker’s increase in interest rates that pushed the prime rate to 21% briefly — and pushed the economy into a deep recession.

That experience is the basis of our important belief that the Fed can control the value of the currency, even when the money creation numbers are soaring. Let’s hope that history repeats itself and the Fed can do it again. If not, we’re in trouble.