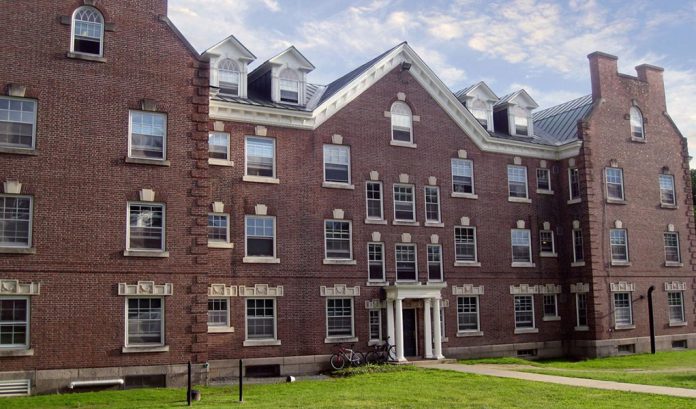 Navigating the workforce with a college degree can deliver a lifelong payoff. A Federal Reserve study that looked at median household earnings from 1989 through 2016 found that when there was at least one person with a bachelor’s degree, earnings were 100% more than households without one. The gap was 175% for households with a graduate degree.

That a graduate degree often leads to higher lifetime earnings isn’t exactly surprising. Yet it can be an iffy financial move when borrowing is thrown into the mix.

For undergrads, the federal student loan program comes with a built-in safe-borrowing cutoff: Annual borrowing limits are no more than $7,500 and total federal borrowing to earn a bachelor’s degree can’t be more than $31,000 for students claimed as a dependent on their parent’s tax return. (Taking on more debt through personal student loans is where undergrads get into trouble.)

Student loan expert Mark Kantrowitz says aiming to emerge from school with total debt no greater than what the borrower will earn in the first year of adulting is a solid target. At that level, the debt should be able to be repaid in 10 years without eating up more than 10% of pay. Last year, the average salary for someone graduating with a bachelor’s degree was around $50,000, which would suggest $30,000 or so in debt would be manageable.

Where overborrowing becomes more of a risk is when the baccalaureate pursues an advanced degree.

According to a think tank report, graduate students in the 2017-2018 academic year accounted for 15% of all students in college yet took out 40% of all federal student loans. Grad students’ share of total debt was 33% in the 2010-2011 academic year.

Moreover, federal grad school loans cost more. The fixed interest rate on loans taken out for the 2019-2020 school year was 4.53% for undergrads, 6.08% for grad student loans and 7.08% for PLUS graduate loans. The PLUS loan also levies a 4.24% origination fee, the other graduate loans have a 1.06% origination fee.

Students who completed their grad degree (one in four grad school students don’t finish within 10 years) emerged with total average debt (including undergrad borrowing) of $84,300 in 2016. For medical degrees the average was nearly $250,000, up from $124,700 at the turn of the century. For Ph.D.’s (excluding the field of education) the average debt for graduates was nearly $100,000, for non-Ph.D. doctorates, the average debt at graduation was more than $132,000. Master’s degree recipients left school with $66,000 in debt.

At those higher debt levels, it’s not a given that starting salaries will be as high. That’s where the value of a degree can begin to break down: If you take on so much debt for undergrad and grad school and then land a job that doesn’t pay at least an equal amount right out of the gate, you’re looking at some unpleasant financial stress. Or potentially taking a job that pays better than the job that really appeals.

The simple yet vital corrective is to study up on expected starting salaries for a grad degree before you accept a slot in a program and borrow. Don’t focus on a national average. You need to get actual starting salary info from every program you are considering.

For instance, average borrowing for a law degree in 2016 (the latest year available) was $145,000, including undergrad debt. Graduates of elite law schools might find that manageable, as one survey found that recent grads of elite law schools had an average starting salary in private practice of $180,000. But after the top 50 schools, the average starting salary was $90,000 and quickly dropped to $70,000. Borrowing $145,000 and earning half as much isn’t a recipe for financial security.

Consider These Key Points Before Starting a Business

Tune Up Your Finances for a Better 2021

Helping the leaders of tomorrow