Home Technology - General News What Would a Biden White House Mean for Fintech? 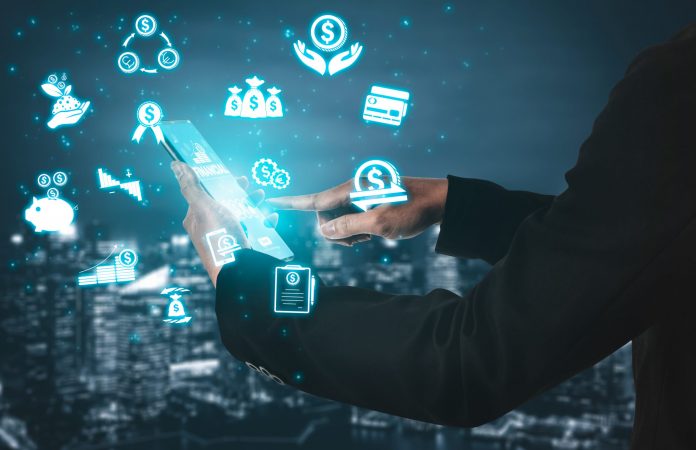 A combination of Joe Biden’s steady lead in the polls and its own political hopes has the financial technology world wondering: What would a Biden presidency mean for fintech policies?

The former vice president’s campaign hasn’t said much specifically about financial technology, but its ideas on traditional financial services — credit reporting, redlining, access to banking services — could have a profound impact on the companies that have eroded the strength of big financial institutions by using technology to encroach on their territory.

The fintech sector is overwhelmingly backing Biden in terms of campaign contributions, although the amounts pale compared with its bigger and older siblings in technology and finance, which are also betting big on the White House going blue in November.

For example, PayPal’s employees and affiliates have given $263,300 so far in 2020 across all federal races, including $34,400 for Biden and $5,100 for President Donald Trump, according to the Center for Responsive Politics. A CQ Roll Call review of other major fintechs finds similar margins at firms like Intuit Inc., Square Inc. and Stripe Inc. For comparison, affiliates of Alphabet Inc., Google’s parent company, have given the former vice president more than $1 million and Trump just under $30,000, while JPMorgan Chase & Co. affiliates have supported Biden over Trump to the tune of $255,700 to $77,500.

Political prognosticators give Biden the edge with less than two months left to go until the election. FiveThirtyEight’s average of national polls puts Biden up on Trump, 50.5 percent to 43.5 percent, and Inside Elections with Nathan L. Gonzales currently projects Biden winning 319 electoral votes to Trump’s 188, leaving Georgia and North Carolina’s combined 31 votes a “Toss-up.”

[Paycheck relief loans give fintech a chance to showcase strengths]

The Biden campaign has released relatively little in the way of plans for the technology and finance sectors, let alone for the fintech niche — although it’s far more than what’s been released by President Donald Trump, whose platform is a continuation of his Make America Great Again agenda. But Biden has said enough on certain issues to expect some big policy shifts, said Diego Zuluaga, a Cato Institute researcher focusing on fintech.

“I think the change could potentially be very substantial,” said Zuluaga, pointing to Biden’s support for a public credit-reporting agency that would compete with Experian, TransUnion and Equifax, as well as calls to reinstate fair-lending regulations, like the ability-to-repay rule, that Trump appointees rolled back.

Those changes could fall heavily on fintech lenders that have marketed themselves as cheaper alternatives to high-cost, small-dollar lenders, even as some consumer advocates say the fintechs are no different from the payday lenders they seek to disrupt.

“I do worry about attempts to equalize access to credit, even though well-intentioned, that could lead to fintechs leaving certain segments of the market,” Zuluaga said.

Despite the support from Big Tech and Big Banks, Biden is expected to take a more adversarial approach to both, wrote Isaac Boltanksy of Compass Point Research in a recent client memo, particularly if Democrats also reclaim the Senate and retain the House.

“Under a Blue Wave, banks would face higher corporate taxes and a less hospitable regulatory environment,” Boltansky wrote. “We believe the leadership of the [Federal Trade Commission] and [Department of Justice] under a Biden administration would be structurally skeptical of large-scale M&A, which could impact advisory businesses and the consolidation landscape.”

Buying up fintech firms is one way such big institutions build their own fintech capacity.

What Biden’s fintech-specific policies will end up looking like will depend heavily on his choices to run the financial regulators, emphasized Paul Thornell, a former Democratic staffer on the Hill and in the White House and Citigroup lobbyist now at Mehlman Castagnetti Rosen & Thomas.

“Fintech is not really partisan like other areas of banking regulation,” he said.

Some Democrats applaud Silicon Valley’s challenge of Wall Street’s hegemony on all things money, while others are more skeptical.

The only mention of fintech among the policies on Biden’s campaign website comes under the pledge “strengthen and expand the Community Reinvestment Act to … ensure that ‘fintechs’ and non-bank lenders are providing responsible access to all members of the community.”

Enacted in 1977, the CRA sought to reverse decades of redlining, a practice by which banks in poor minority neighborhoods took the community’s deposits but invested and lent that money only in whiter, better-off areas. The law requires banks to sufficiently lend and invest in the neighborhoods surrounding their branches and ATMs in order to qualify for regulatory approvals to expand.

Fintech firms, because they don’t have branches, are raising questions about how to apply the law.

Thornell expects Biden-appointed financial regulators to take a more coordinated approach to overhauling the CRA than the disjointed effort under Trump. The Federal Reserve and Federal Deposit Insurance Corporation declined to adopt the Office of the Comptroller of the Currency’s changes, which were broadly panned by both fair housing advocates and banks.

That discontent with the new OCC rule, which covers 20 percent of banks holding 67 percent of total bank assets, presents an opportunity for Democratic appointees at the three regulators to rejigger it.

“There’s no way a Biden White House is going to run afoul of [House Financial Services Chairwoman] Maxine Waters and how she feels the Community Reinvestment Act should be modernized,” Thornell said.

Waters has called for giving the law more teeth — only around 2 percent of banks failed to get satisfactory marks on CRA evaluation — and expanding it to meaningfully cover branchless online banks, perhaps by requiring them to invest in areas where they find concentrations of depositors.

Another big, recent change from the OCC — allowing payments firms to get national, rather than state-by-state, charters from the federal banking regulator — may also see a rethink under a Biden presidency, depending on whom he nominates to be comptroller. While banks and state regulators oppose the move, some see it as helping fintechs to inject welcome competition into the consumer banking sector.

“Schools of thought on the OCC’s right to issue payments charters are less divided by party than in other areas,” said Zuluaga. “You have Democrats who would advocate for this.”

Boltanksy predicts the payments charter fight, which is now in court, will continue into a Biden administration without a quick resolution.

Biden’s biggest fintech proposal, found in the unity document that Biden’s campaign released with his main challenger for the Democratic nomination, Sen. Bernie Sanders, is probably the one analysts like least: creating free banking accounts for every American at the Federal Reserve and leveraging the Postal Service’s 30,825 locations to build a branch network.

“We remain bearish on the FedAccount effort even in a Blue Wave scenario given operational limitations and ideological opposition, but the issue will continue to garner attention as it is part of the broader economic equality/access conversation,” wrote Boltanksy.

Banks and credit unions oppose that proposal, and it’s unclear whether a Biden administration would expend any political capital to pursue it, especially when fiscal stimulus and a major tax overhaul top the policy priority list.

Zuluaga, however, thinks the policy idea could build momentum among Biden’s bureaucratic appointees, potentially setting the stage for a future implementation attempt.

“The technocrat-Democrat alliance is strong and would strengthen considerably under a Biden administration,” he said.

The post What would a Biden White House mean for fintech? appeared first on Roll Call.

How to Protect Your Internet-of-Things Devices

A look at telecom-industry subscriber reports