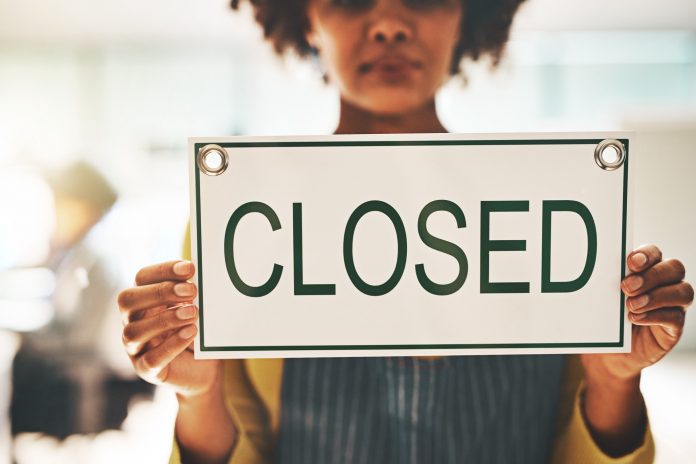 A neighborhood coffee shop on the walk to work. A gym on the way home. A theater or concert venue a few blocks away. An assortment of restaurants and bars ready to satisfy changing moods.

Potential home buyers evaluate the characteristics of properties — numbers of bedrooms and bathrooms, parking, prices — but often just as important are the convenience and the sense of community that a neighborhood’s shops, restaurants, and entertainment bring. And right now, these businesses are feeling the financial sting of the coronavirus pandemic.

The fate of residential real estate in certain city neighborhoods could be linked to the fate of small businesses, just as those businesses have helped raise interest in those neighborhoods, said Philadelphia Realtor Jamie McFadden, of Team Whetzel at Kurfiss Sotheby’s International Realty.

“We know that the economic powerhouses of our small little neighborhoods are our amazing, iconic local restaurants” and other businesses, he said. “They drive the success of our neighborhoods. They help drive the value of our homes.”

Too many vacant storefronts can signal to potential home buyers or renters that the community as a whole is not thriving.

But businesses are struggling and not all of them will survive. A third of small and midsize businesses that are closed because of the coronavirus pandemic don’t think they’ll reopen, according to a Facebook survey last month of 86,000 owners, managers, and employees. A Harvard Business School study in April found that nearly two-thirds of small businesses say they’ll likely have to close permanently by the end of the year if pandemic restrictions continue.

During and after the Great Recession, Philadelphia’s small and midsize businesses had more trouble paying their bills and had less cash on hand than their peers in other cities, including New York, Washington, Baltimore, and Boston, according to an analysis by the Pew Charitable Trusts and Drexel University professors published in April.

“The Realtor community is really pulling for the small businesses … because they’re important to the community,” Biello said. “They’re shut down, and the question is: Are they going to open up again, and when they do, how is that going to look?”

Some home buyers move to neighborhoods so they can work at a local business or start their own. Some just want to be in the middle of shops, restaurants, and other amenities and are drawn to areas with specialty stores, theaters, concert halls or museums. In particular, first-time home buyers, many of whom are millennials, “like the energy of the city, being close to things,” Biello said. A neighborhood’s walkability, a buzz word in urban planning and real estate, depends on businesses being nearby.

“I think, overall, they love the convenience or at least the knowledge there’s some place they can go to if they need something quickly,” she said.

Emily Dowdall, policy director at Reinvestment Fund, a Philadelphia-based redevelopment nonprofit, said there’s a “chicken-and-egg question” about whether the residents or the businesses come first in creating demand for certain neighborhoods, but they depend on each other.

“There’s been a lot of concern about the fate of small businesses since the very beginning of the pandemic,” she said. “Developing and maintaining viable neighborhood business corridors is hard work even when there isn’t a pandemic.”

Reinvestment Fund, which makes community development loans, has been working to help businesses missed by the first round of federal Paycheck Protection Program loans, including those owned by women and people of color and very small businesses that don’t have the capacity to meet the program’s administrative demands. Those businesses are “an important part of the fabric of communities,” Dowdall said.

“We’re definitely going to see some beloved businesses sort of disappear from our corridors,” she said. “And that’s going to be a really sad thing.”

Partly because of Passyunk’s proximity to Philadelphia’s Center City and access to public transit, Fenstermaker said he feels optimistic about the future of the commercial corridor, which has weathered past storms and hasn’t had trouble filling vacancies.

Those local businesses that can hold on might benefit from a post-pandemic shift of more people working from home and patronizing local businesses more often, instead of commuting and spending their money in employment centers, Drexel University economist Kevin Gillen said.

And the pandemic also could change what attracts home buyers. One of the biggest amenities of the last couple of decades has been proximity to subway stops, but that could change if the pandemic makes people wary of public transportation and more inclined to be able to ride their bikes, for example, Gillen said. Residents might become more interested in open spaces and wide sidewalks than in trendy bars.

Commercial corridors are “the backbones of neighborhoods — social, cultural, and economic centers,” he said.

Alex Balloon, executive director of the Tacony Community Development Corp., said he knows many home buyers choose neighborhoods because of the shops and restaurants available. Small businesses are “character-defining to a main street. They’re a draw,” he said. And a significant number of business closures “will have very negative effect on the overall main street,” Balloon said.

On Tacony’s main street, about 15% of businesses, a mix of convenience, retail, consumer goods, and services shops, are open now, he said.

“We’re really hoping for the best in terms of the number of businesses that reopen,” said Balloon, adding that his organization is preparing for some vacancies. “There’s just a lot of uncertainty right now.”

Opportunities Open Up for U.S. Businesses and the Caribbean?s Energy Sector