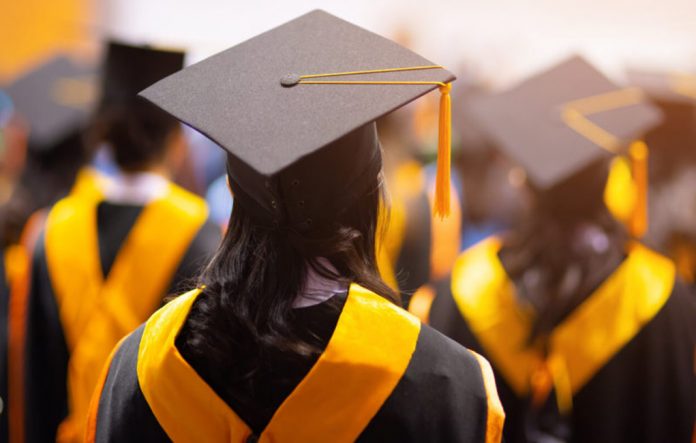 College students about to graduate this spring already have a lot going for them. Armed with degrees, they will enter the workforce at a time of historically low unemployment when companies are desperately vying for talent.

Still, career experts say there are steps that recent graduates should take to ensure they begin their careers on the right foot.

The key to good placement starts with the job seeker, career counselors say. They offered the following advice:

— Narrow your search. One of the first goals that soon-to-be college graduates should tackle is to try to better understand themselves and what they want to do.

“You’ve got to know who you are and believe in yourself in order to sell yourself,” said Megan Walls, founder of Walls Career Coaching, located in the Chicago area.

Walls recommends that graduates use Gallup’s CliftonStrengths assessment to discover their natural talents. If someone doesn’t know what they want, they should schedule informational interviews with people in different careers to get advice, information and recommendations or referrals, Walls said.

“I would say the number one thing is for college graduates to begin to get as clear as possible — clarity is so critical — about what their dream career looks like,” said Sharon Smith-Akinsanya, chief executive of the Rae Mackenzie Group diversity and inclusion marketing firm in Minneapolis and founder of the People of Color (POC) Career Fair..

She advises graduates to visualize what work they want to do and then write down three to five companies even if some of them are more aspirational and not fleshed out.

According to a job search trend study published in January by Robert Half, senior managers say that some of the top things job candidates can do to move forward in the hiring process is connect to current company employees via social media and link to an online portfolio or personal website.

— Learn to network. Counselors say networking is critical. Over the years, career experts have said that 70 to 80% of jobs are not publicized and can only be found through word-of-mouth. While there has been some disagreement about the size of the “hidden job market,” most career counselors attest to networking’s importance.

Walls said she knew a young man who graduated from college recently in Kentucky. He connected with someone from his fraternity whom he had never met before in Denver. It turned out the frat brother owned a recruiting firm, and he hired the graduate.

While everyone should work on their professional connections, people of color tend to be undernetworked and need to try hard to develop their own “personal board of directors” who are invested in their careers and can serve as mentors and advisors, Smith-Akinsanya said.

— Attend the right job fair. Whether it’s at a college or in the community where someone wants to live, find out what types of companies and professionals will be there before you go.

Smith-Akinsanya said she hopes her career fair could help to address the disparities in unemployment that have been shown to exist between people of color and their white counterparts. The unemployment rate for blacks in the Twin Cities averaged 7.8% in 2017, more than 2 1/2 times higher than the rate for white residents, according to an NAACP economic report published in December.

“A connection and a match must be made in order for us to move the needle forward,” she said.

— Use your college career services department. Jim Kwapick, Twin Cities district president of the staffing firm Robert Half, suggests that students ask career counselors at their colleges to look over résumés and cover letters.

Most managers prefer to receive cover letters and find them valuable, a recent Robert Half survey found.

“The cover letter is a real opportunity to customize why you are a good fit for an employer,” Kwapick said.

— Brush up on general skills and also industry tools. Avenica CEO Scott Dettman said that it would be good for students while they are still in school to improve skills such as Excel. Students can look at companies’ job listings and see what sort of programs and tools they require and brush up on how to use them.

“Certain industries have their own language,” he said.

Dettman encouraged students to not be afraid to ask for help as they prepare to enter the workforce, either from professionals already in the business or people they know.

“People are often not very good at selling themselves,” he said.

— Use your first job as a learning experience. Sometimes the first job landed isn’t necessarily the one that’s wanted, but it leads new graduates down the right path for their careers, said Walls, who is an executive and leadership coach and helps teams and individuals in career transition. For example, her son was looking for a job and took an internship as a graphic designer and ended up being hired later and working as a full-time employee for the company.

“Don’t overlook those kinds of things if it’s going to be your foot in the door,” she said.

It can be difficult for a recent graduate to know what they want out of a job if they don’t have work experience, said Samantha Anders, co-director of the Career Counseling and Assessment Clinic at the University of Minnesota, which serves the public.

“What are your negotiables and what our your nonnegotiables. … Use your first job to figure it out,” she said.

However, Smith-Akinsanya cautioned that job-seeking can be like dating and that college graduates shouldn’t settle on jobs that don’t fit their goals.

Land a Job Even If You Don?t Have Any Experience: 4...

Afraid to Negotiate your Salary? Why Right Now is the Best...