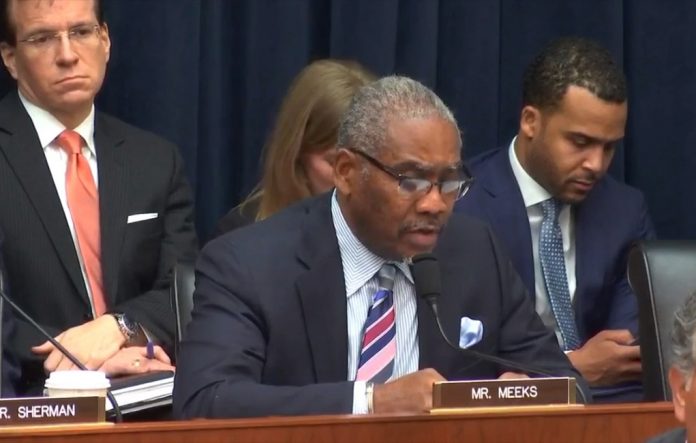 Wells Fargo, the country’s biggest small-business lender, says the ban on its growth, a punishment for its past sales practices, limits how much it can lend to small businesses through the bailout program passed by Congress last month.

The bank said Sunday that it received ample demand for the $349 billion small-business stimulus passed by Congress, but that it’s already maxed out how much it can lend to small-businesses through the program at $10 billion.

Wells has been restricted from growing past its 2017 size, about $2 trillion in assets, since early 2018 by the Federal Reserve, as punishment for creating millions of sham customer accounts, amid other misconduct.

“We are committed to helping our customers during these unprecedented and challenging times, but are restricted in our ability to serve as many customers as we would like under the (Paycheck Protection Program),” CEO Charlie Scharf said in a statement.

The bank said that because its capacity for the program is limited, it’s focusing participation in the program on nonprofits and businesses with fewer than 50 employees. The fees it makes through the program will be turned into charitable grants to nonprofits that support small businesses, the bank said.

At issue are Paycheck Protection Program loans, which are mostly forgivable loans of up to $10 million to businesses with 500 or fewer employees. The loans are one of the central components of the $2 trillion coronavirus stimulus package known as the CARES Act.

Friday’s rollout of the program was plagued by mixed participation and limitations on who could apply for loans and where. By Monday, some of the issues had been resolved, with most major banks now participating.

As of Monday, Bank of America had received 178,000 applications for the loans, seeking $32.9 billion in total.

A Fed spokesman declined to comment on potential changes to the asset cap.

Even from bank critics, there’s some openness towards easing the asset cap for stimulus programs.

Sheila Bair, Federal Deposit Insurance Corporation chair during the 2008 financial crisis, wrote on Twitter that she thinks, “Wells Fargo should be given latitude to make CARES Act small business loans even if that expands its balance sheet beyond current regulatory limits.”

Dennis Kelleher, chief executive officer of Better Markets, a financial regulation advocacy group, wrote last week that while the asset cap was “fully merited,” the cap should be temporarily suspended to help customers and businesses affected by the COVID-19 pandemic.

“Wells Fargo’s actions during the cap suspension could be a real-time stress-test of their claimed management, systems and control improvements, that the Federal Reserve may want to consider in connection with its subsequent evaluation of fully removing the cap,” Kelleher wrote.

For over a decade, Wells Fargo engaged in numerous sham sales practices, including creating millions of accounts in customers’ names without their consent. The asset cap is just one of the punishments from regulators for the scandal. In February, the bank paid $3 billion to settle multiple federal probes into the practices.

Wells Fargo has 27,000 employees in the Charlotte area, the most of any city the bank has a presence in, a legacy of its 2008 acquisition of Wachovia.