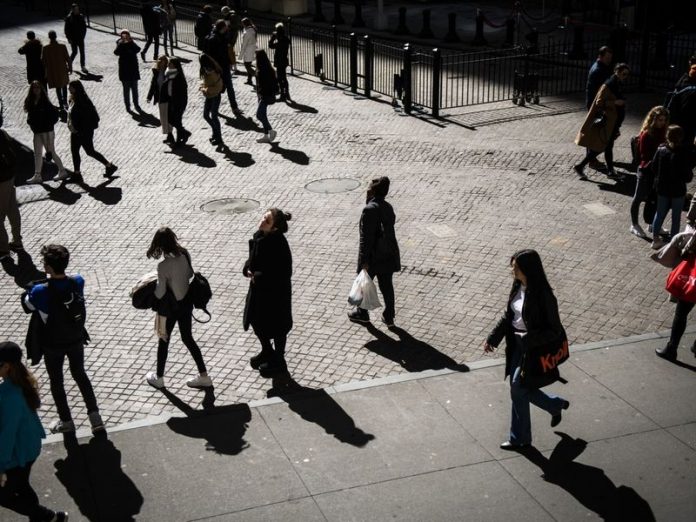 For Black professionals who get job offers on Wall Street, there’s pay and benefits to consider. But also isolation, bias and racism.

As big U.S. banks and asset managers vow at long last to address the industry’s dearth of Black executives, those who have been around a while warn progress will require more than the usual hiring spree. Offices remain alienating and even inhospitable. Most organizations lack mentors who can help guide the way up the org chart.

Recruiters say top Black candidates have learned to be skeptical.

“Folks are looking for welcome signs,” said Anthony Wright, founder of Diversity Recruiters, a Seattle-based executive search firm that helps clients including banks with inclusive hiring. “And when you’re a minority, the sign doesn’t say ‘Welcome,’ the sign says ‘Is there anybody there that looks like me?’ ”

The national debate over racial injustice that erupted in May in the wake of George Floyd’s death in Minneapolis is casting a harsh light on financial firms, not only for their role in creating economic inequity but also their slow cultivation of diversity within their own massive workforces. Over the past 15 years, Black people have seen their presence in the industry stall at a mere 8% — a figure that typically dwindles heading up the leadership ranks.

Increasingly, bank executives are getting warned that bonuses will reflect their progress in fixing those issues. Last month, Wells Fargo & Co. became the latest to adopt such a policy.

Firms are trying to overcome something of a Catch-22: The industry lacks the critical mass of senior Black executives that could pave the way for retaining and cultivating more Black executives. Past attempts to break the cycle fell short.

“In many ways, bringing people in is the easy part,” Citigroup Inc. Chief Executive Officer Michael Corbat told a virtual conference last week. The real challenge to improving representation on staff is retention and managing careers, he said. “If we really go out today and hire a bunch of Black talent and we don’t nurture them, we don’t guide them, they don’t have role models — they’re not going to stay.”

“At some point, you gravitate toward someone who has some tie of shared experience,” said Freeman, who’s Black. “You want to be able to find people who will be an ally, or an advocate or a mentor — those are all things that are part of the calculation.”

One former executive at a global accounting firm said he doesn’t bother to look for minority representation in the industry because it’s practically nonexistent. Instead, he taps whisper networks, or anonymous forums like Fishbowl and Glassdoor, to ensure he’s being compensated adequately and to get a sense of the company’s culture.

“As a Black person, you bury a part of yourself when you come to work every day — there is a piece of you that you leave at the door,” Freeman said. “That’s something those who are not people of color need to understand.”

Others are even more pessimistic about Wall Street’s pledge to change. Several current and former Black employees in finance likened it to a hostile environment, in which biases and racism are openly expressed. The people asked not to be named out of concern that speaking out would jeopardize career prospects.

Those frustrations are often driven home by annual compensation packages, they said. Even if the employees’ performance was measured in quantitative terms and deemed exemplary, their later conversations with White peers revealed they were still paid less.

In a twist, a growing number of banks are ratcheting up pressure on executives to improve diversity, or their pay will take a hit.

In mid-June, Wells Fargo told staff it will grade members of its elite operating committee annually on their progress, with “a direct impact on year-end compensation decisions.” Goldman Sachs Group Inc. announced a similar policy last year, noting it will also affect the ability of managers to score promotions. Bank of America Corp. also considers executives’ support of diversity in annual evaluations.

Executives can start with one of the first hurdles to improving diversity — job listings, according to Cody Horton, managing director at Diverse Recruiting Experts near Austin.

“If you’re Black or a woman and there are too many ‘must haves,’ you may just opt out,” Horton said. That winnows the pool of diverse candidates further. White applicants who don’t meet the qualifications are often comfortable enough to apply anyway.

The “post and pray” approach is often inadequate in recruiting diverse candidates, according to Wright. “You have to go out and source and scour the earth to look for the right person for the job. And yes, that takes more energy, and conversations and relationships.”

Carrie Pickett, the co-founder of Black-owned asset management firm Blueprint Capital Advisors in Newark, New Jersey, is looking to model the inclusive culture she’d like to see Wall Street adopt. Yet she said she is “tired” of all the talk about diversity in the broader asset management industry, which lacks concrete plans to measure and boost representation.