(Reuters) – U.S. stocks were little changed in muted pre-holiday trading on Wednesday as investors paused, a day after the Nasdaq Composite and the Dow Jones Industrial Average hit record highs.

The Dow came within 15 points of hitting 20,000, the historic level it has threatened to breach for several days.

“The 20,000 mark is just a number, but it’s also a nice chance to step back and plan for the coming year,” said Ryan Detrick, senior market strategist at LPL Financial in Charlotte, North Carolina.

“We’ve had this huge eight-year bull market and now is an opportunity to think if this move and valuations are justified.”

U.S. stocks have been roaring ahead since the election, with the Dow up about 9 percent and the S&P 500 6 percent on bets that President-elect Donald Trump’s plans for deregulation and infrastructure spending will boost the economy.

Still, there are concerns that the recent rally has made stocks too expensive. The S&P 500 is trading at about 17 times expected 12-month earnings, well above the 10-year average of 14, according to Thomson Reuters Datastream.

“Valuations are definitely a little on the stretched side, but, at the same time, they’re not historically high. So if earnings are going to accelerate in the next year, that can justify some of these valuations,” said Detrick.

Five of the 11 major S&P sectors were lower, with the health index’s <.SPXHC> 0.54 percent fall leading the decliners.

Merck’s <MRK.N> 1.9 percent fall weighed the most on the sector and was also the second-biggest drag on the S&P.

Accenture <ACN.N> fell 4.2 percent to $119.17 after the consulting and outsourcing software services provider’s revenue forecast missed estimates. The stock was the biggest drag on the S&P.

Twitter <TWTR.N> fell 4.6 percent to $17.10 after its chief technology officer said he would be leaving the company.

(Reporting by Tanya Agrawal in Bengaluru; Editing by Anil D’Silva) 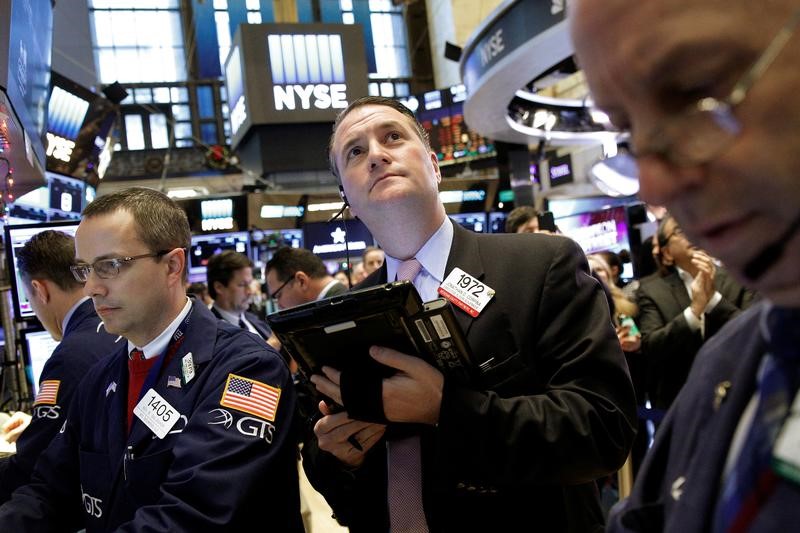