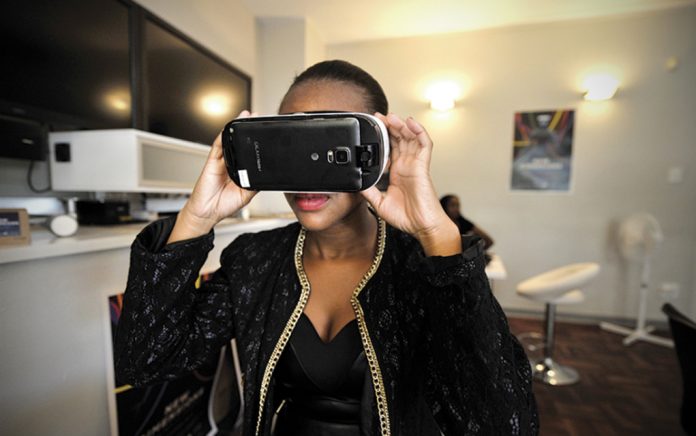 A few years ago, virtual reality was all the rage in Hollywood, helping to fuel the rise of Silicon Beach with the promise of reinventing the entertainment business.

At its peak, investors pumped $253 million into two dozen deals involving virtual and augmented reality start-ups in L.A. and Orange counties in 2016, hoping that pricey headsets projecting virtual worlds would become as popular as smartphones. But investment in the technology has slowed dramatically in recent years, and what seemed like a promising boom has largely fizzled.

Several California companies that raised millions of dollars have shut down or have laid off dozens of workers, as businesses scrambled to readjust their strategies in the face of lackluster consumer demand for VR headsets and a drought of capital.

“It’s just been a drawn-out hype cycle that’s promised to be the next big thing for so long,” said Nicholas Pappageorge, a senior intelligence analyst at CB Insights. “The investor’s patience for the industry has worn thin.”

Investment in seven augmented and virtual reality start-ups in L.A. and Orange counties plummeted 81 percent last year to $24.7 million compared to 2017. That’s just 10 percent of what venture capitalists poured into the local sector in 2016, according to the PwC/CB Insights MoneyTree Report, which tracks investment in virtual and augmented reality. Nationally, funding for augmented and virtual start-ups fell 46 percent to $809.9 million last year compared to 2017, according to the report.

The local decline in VR and AR investment is notable because it occurred at a time when overall venture capital funding in the two counties increased 36 percent to nearly $6.4 billion last year, the report said. Investors parked their money in other areas such as cybersecurity and artificial intelligence.

Why the precipitous decline? Many investors have been skittish about pouring more money into an industry that hasn’t reached critical mass among consumers.

The interest surrounding virtual reality reached a peak in 2014, when Facebook announced it would acquire Oculus, an Irvine-based virtual reality headset maker, in a $2-billion deal. That spurred investors to take the technology more seriously.

“That was the acquisition that spawned a thousand start-ups,” Pappageorge said.

But entrepreneurs and investors underestimated how long it would take for consumers to embrace wearing expensive, virtual reality goggles, with high-end versions costing hundreds and, in some cases, thousands of dollars. That put the technology out of reach for many consumers. Cheaper headsets are now available, but sales still lag far behind voice-enabled smart speakers and other emerging devices.

“All these companies were building for a consumer that wasn’t quite there yet,” said Mark Linao, a principal at Akatsuki Entertainment Technology Fund.

Many VR goggles were clunky, resembling boxes on people’s faces, and there wasn’t enough compelling content to persuade consumers to go through the experience, investors said.

“There have been some great advances in various pieces of the technology but as a whole it’s not grandma-proof,” said Venky Ganesan, a partner with Menlo Ventures, the venture capital firm based in Menlo Park.

Last year, 7 million virtual reality headsets shipped globally, according to an estimate by research firm IDC. That’s a fraction of the nearly 100 million smart speakers shipped in 2018, according to IDC’s forecast.

“The hardware needs to come to the point where people en masse will purchase it,” said Kobie Fuller, a partner with Upfront Ventures, a Santa Monica venture capital firm.

He expects funding for virtual and augmented reality start-ups will remain flat in L.A. and Orange counties in 2019. “We have this dilemma that we’re trapped in right now, and I have faith that in time the market will materialize,” Fuller added.

Even Facebook CEO Mark Zuckerberg acknowledged in September that Oculus is still far from its goal of bringing virtual reality to 1 billion people.

“We have a saying in Facebook that the journey is 1 percent finished and maybe in this case not even quite,” Zuckerberg said during a keynote at an annual Oculus event. “But I’m confident that we’re going to get there.”

The market’s growth didn’t come in time for some local companies.

Future Lighthouse, a VR studio with offices in Los Angeles and Madrid, closed last year after it ran out of money. The company said it had more than $1 million in invested capital and produced 18 virtual productions, but was hurt by the slowdown in the market.

“VR investors have been overly conservative and we didn’t catch the first wave of investment in 2016, making our more than necessary second funding round in 2017 unsuccessful,” the company stated last year.

Another casualty was Vrideo, a Santa Monica-based business. It aimed to be the YouTube of VR, a distribution platform for 360-degree videos that would allow users to change their viewpoint by moving their heads in a VR headset.

Vrideo raised about $2 million and employed about 15 people at its peak, but investors began to get skittish as manufacturers delayed the launch of new headsets and bigger players such as YouTube and Facebook began investing in 360-degree video on their platforms, said co-founder Alex Rosenfeld. After discussions to sell the company fell through, Vrideo shut down in 2016.

“We were on our last legs on the amount of cash we had left in the bank, and we had no choice but to shut down,” Rosenfeld said.

Other players in the industry have restructured.

Jaunt, based in San Mateo, started out selling virtual reality cameras, encouraging media companies to build cinematic 360-degree videos. Jaunt has raised more than $100 million from firms including the Walt Disney Co. In 2015, it partnered with USC to create the Jaunt Cinematic Virtual Reality Lab. Part of its three-year gift included loaning Jaunt cameras, so students could test and build virtual reality content. But the partnership ended last year after Jaunt said it was refocusing its business on augmented reality.

Jaunt laid off an undisclosed number of workers and last month sold off gear such as virtual reality headsets and gaming computers through an online auction.

“VR didn’t take off in people’s homes the way people expected it to in 2016. That may have been the thing that changed the Jaunt company,” said Candace Reckinger, director of USC’s Immersive Media Lab.

Another L.A.-based company, 8i, which creates technology that produces holograms in VR and AR, also had to pivot. The company laid off workers in 2017 and has focused on supporting content for mobile devices.

“If you’re producing content, you want to have an audience to sell that to,” CEO Hayes Mackaman said. “When the install base didn’t grow, it reduced the market size.”

Even IMAX Corp. has pulled back. The Canadian entertainment technology company said last month it would end its pilot program offering content like virtual reality games based on movies in centers in cities including Los Angeles. The program started in 2017 with a half-dozen locations. Each center was expected to cost $250,000 to $400,000 to create, not counting real estate expenses. Last year, CEO Richard Gelfond said the audience was lacking in most of the locations.

“The consumer reaction was extremely positive, but the numbers just weren’t there,” Gelfond said in an earnings call in May.

Nonetheless, at the Consumer Electronics Show in Las Vegas last week, virtual and augmented reality companies remained bullish on the future. They cited potential bright spots, such as VR products and apps that can be used in business training, education and gaming. Games like Pokemon Go and Beat Saber that use augmented or virtual reality have been very popular.

To be sure, some local VR companies have found a niche. Culver City-based Dreamscape Immersive, which has raised more than $40 million in financing, creates VR attractions in malls where people pay $20 to experience a virtual reality adventure. Participants strap on virtual reality goggles, a backpack and sensors, and then walk through a room where they experience a virtual world with their friends in a communal experience, where they might grab a real flashlight to ward off a virtual enemy. Dreamscape opened its first mall venue Dec. 14 at Westfield Century City.

Company executives declined to disclose finances but said shows have been popular and that similar venues will open this year in Dallas, Columbus, Ohio and in the New York area.

Walter Parkes, co-chairman of Dreamscape Immersive, said one of the issues with some of the earlier content available on virtual reality headsets was that consumers were experiencing it alone.

“I was a disembodied observer of 360 video and I’m a human, and humans are social,” said Parkes, a film producer.

The rollout of 5G may also help boost the industry’s reach. Virtual reality content looks best when it is seen with high enough resolution and on machines that can download the material quickly, something that many headsets and smartphones today don’t provide, said Lewis Smithingham, a partner with Los Angeles-based digital entertainment company 30 Ninjas, which produces VR content.

“We’ll be able to get content at quality, quicker (and) better, which is what the consumer wants with our attention spans being as short as they are,” said Smithingham.

Major Hollywood studios have also dabbled in VR, investing in start-ups and providing their own interactive experiences. For example, in 2016, 20th Century Fox released the “Martian VR Experience,” a roughly 25-minute film that allows users to see space through the perspective of fictional astronaut Mark Watney and drive a rover over craters.

“When the internet first came along, people were disappointed also with its slow download speed and hard-to-use interfaces,” Ganesan said. “These are really hard technologies, and the hype is always way ahead of the reality.”

New Technology Coming to Cruise Ships in the Next Few Years