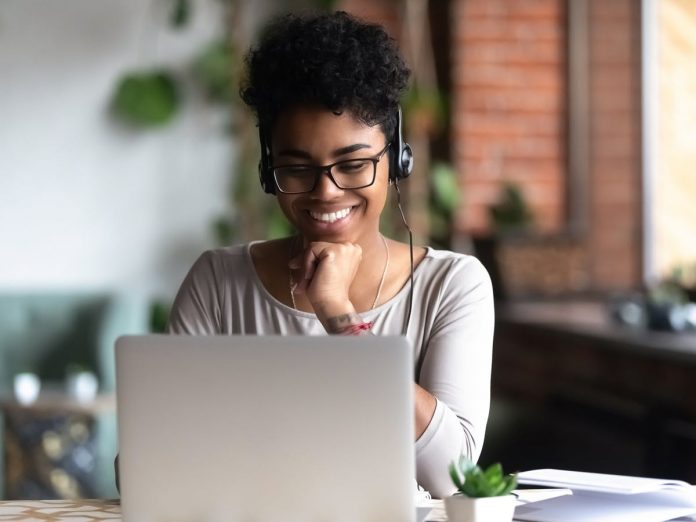 The summer of the virtual internship may have been short on baseball outings, picnics and water cooler bonding, but it has landed some real jobs for graduating college seniors.

It also has some companies rethinking traditional on-site summer internship programs as a recruiting tool.

“This is the most significant thing to happen in talent acquisition in 20 years,” said Greg Watkins, who heads up hiring at M. Holland, a Northbrook, Ill.-based plastics company. “Probably half of our interns going into next year are going to be remote.”

When the pandemic hit in March, the corporate world shifted on the fly to a work-from-home paradigm. Some companies canceled their summer internship programs, while others pivoted to remote solutions, offering future titans of industry a chance to learn the ropes from their parents’ basement.

There are about 600,000 to 700,000 college internships per year nationwide, with employers hiring about 55% of those interns for full-time jobs, according to Edwin Koc, director of research and public policy for the National Association of Colleges and Employers.

More than 1 in 5 companies canceled their summer 2020 internship programs entirely, while 70% of the companies that brought on interns conducted some or all of the program virtually, Koc said.

Like the corporate world at large, the makeshift virtual internships proved more successful than many expected.

Longtime Accenture executive Lee Moore was promoted to head the consulting firm’s Midwest region March 1 — just weeks before the COVID-19 pandemic hit. After getting 11,000 employees in 14 states working remotely, he turned his attention to 100 college and graduate students hired to start a 10-week “summer analyst” internship program across the Midwest in June.

“One of the first decisions I had to make was, what are we going to do with these people?” said Moore, a British native based in Chicago.

Moore decided to “push ahead” with the internship program, an important talent pipeline, and go fully virtual. The reinvented program included a virtual homeroom for interns to “hang out” with each other, a self-directed training curriculum and an abundance of online face time with Accenture executives and clients they might not otherwise have met.

“The interns didn’t have the social side of going to work with everyone because everyone was under lockdown,” Moore said. “But the work was actually as good, if not maybe better, for the interns because in this virtual world, you can be a bit more inclusive in meetings.”

Moore said most of the interns were hired in August for full-time analyst jobs upon graduation.

One of those job offers went to Sydney DeHorn, 22, a business major from Glenview, Ill., who is finishing her final semester at Michigan State University.

She was part of Accenture’s on-site summer internship program in 2019 and did the virtual program this year from her family’s summer cottage in Michigan. Initially disappointed, DeHorn was surprised to find the virtual version a better experience.

“This summer brought more opportunities to the table because I was able to meet with so many people virtually,” DeHorn said. “But also, I really had the opportunity to spend most of my summer with my family, which I probably wouldn’t have done before.”

DeHorn is set to start working remotely for the Chicago office — likely from her parents’ Glenview home — early next year.

While Moore called the success of the virtual office a “revelation,” he expects DeHorn and other employees to log some time in the physical office once the pandemic subsides.

Accenture announced plans last year to expand its office in Chicago’s West Loop and consolidate its Chicago workforce at the renamed Accenture Tower. Set to open in 2022, the project is still “full steam ahead,” Moore said, but Accenture is reconfiguring the entire space for collaboration, where employees are not expected to be at the office on a daily basis.

Converting interns to full-time employees may be the most important measure of success for the virtual internship programs, data that won’t be available from the National Association of Colleges and Employers until early next year, Koc said.

But another indicator of how the virtual summer interns may fare is the association’s job outlook survey for 2021, set to be published this month. It projects hiring for all college graduates to be relatively flat as a result of the COVID-19, an outlook that is more optimistic than expected, according to the survey.

Jose Rivera, 23, a DePaul University senior, landed a job as a financial analyst with BMO Harris after his summer internship with the bank.

The program, which started in late June and was shortened to seven weeks, had 77 interns working for the bank’s Chicago-area offices and was primarily conducted online. While some interns lived locally, others participated from out of state, according to BMO Harris spokeswoman Kathleen Szot.

Three-fourths of the 2020 summer interns who were graduating seniors received job offers in September, consistent with previous years, Szot said.

Rivera, who grew up in Chicago’s Logan Square neighborhood and now lives in Lakeview, was one of only a handful of BMO interns to get some on-site experience.

The choice to spend time at BMO’s downtown Chicago office as part of a commercial banking group was entirely Rivera’s, Szot said.

“My primary driver for going into the office was I wanted to really immerse myself in the BMO culture and really experience what it was like to be a BMO employee for the summer,” Rivera said.

BMO is recruiting for the 2021 summer internship program and has yet to determine whether it will be virtual, in-person or a hybrid, Szot said.

Summer interns at BMO, Accenture and M. Holland received full pay, despite working remotely and in some cases from out-of-state.

With many companies planning to continue a work-from-home or hybrid strategy well into next year, internships will likely follow suit, recruiters said. Seeking to evolve their programs, some have turned to Parker Dewey, a 5-year-old Chicago recruitment company which pioneered the “micro-internship,” a remote, project-based work experience linking students and employers.

Parker Dewey facilitates short-term paid professional projects, where students spend 10 to 40 hours working for a company. Jeffrey Moss, founder and CEO of Parker Dewey, said a number of companies contacted him in the spring for advice on how to transform the summer internship into a virtual experience.

His recommendation was to bundle together a bunch of short-term remote projects over the course of 10 weeks.

The strategy proved successful, and Moss said many of those same companies are looking at a hybrid approach for summer 2021, even if the pandemic is under control. Remote, project-driven internships will also broaden the recruiting reach, he said.

“The big takeaway from this summer is geography is off the table from a recruiting perspective,” Moss said.

Each year, M. Holland, a 70-year-old, family-owned company, offers positions to about a dozen summer interns and was in the interviewing process when the pandemic hit.

The program was abruptly curtailed, with only three slots filled.

“In March and April, we were thinking there’s no way we can do an internship program if they’re not here,” Watkins said. “We just locked it down, we decided not to do any additional offers.”

Watkins said the traditional on-site internships of summers past included philanthropic outreach, community activities and a company picnic. There was also a two-hour lunch with the company’s owner, Ed Holland, whose parents founded the business in 1950.

None of that happened this summer, with two interns working both virtually and at the nearly empty Northbrook office, and one participating remotely. Watkins said it went far better than expected.

Watkins said he could see nearly half of the 2021 internships being remote, flying interns in twice during the summer for events and community engagement.

“We have actually hired people in the last few months who are in different states,” Watkins said. “We would have required those people to be in Chicago before the pandemic.”

Trevor White, 21, an Elgin, Ill., native and Iowa State University senior, was one of the company’s three summer interns. Working with the additive manufacturing and 3D printing team, his program included remote and hands-on experience.

He is continuing the internship remotely while finishing up at school, and hopes to land a full-time job with M. Holland upon graduation. White considers himself lucky compared with classmates whose internships were canceled. But upon reflection, he said his internship fell short in one significant way.

“We were in this big office, and no one was there,” White said. “I was working at this big company, but I only got to meet four people.”

Fight The Power: How To Survive Power Struggles At Work