(Reuters) – Shares of Viacom Inc <VIAB.O> could rise 40 percent in the next year as the New York-based media company’s new CEO Bob Bakish focuses on its Paramount Pictures studio and a handful of its networks to turn the business around, according to Barron’s.

Viacom, which is controlled by 93 year-old media mogul Sumner Redstone and his daughter Shari Redstone, has been enmeshed in turmoil, which resulted in the resignation of its former CEO Philippe Dauman.

Bakish, who was previously head of Viacom’s international business, has said he would focus on Paramount and five flagship networks: Nickelodeon, MTV, Comedy Central, Nick Jr and BET.

There is a lot of upside potential for Viacom, financial weekly Barron’s reported on Sunday. The stock is trading around $43 per share, down 39 percent over the past two years.

Representatives for Viacom did not immediately respond to a request for comment. 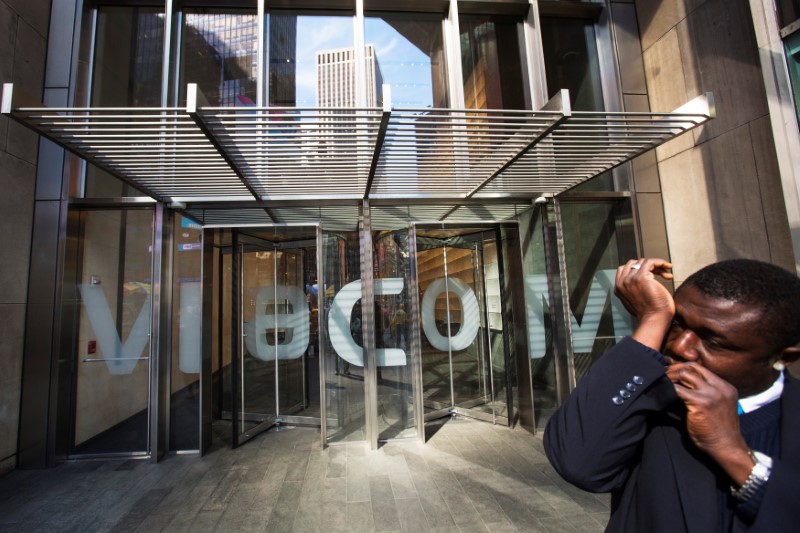