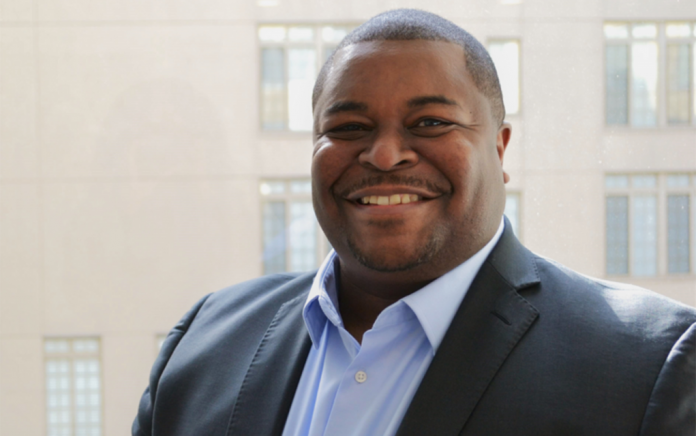 The executive committee of the Washington, D.C.-based Lawyers’ Committee for Civil Rights Under Law, a nonpartisan nonprofit formed in 1963 at the request of President John F. Kennedy, selected veteran civil rights attorney and policy expert Damon Hewitt as the organization’s next president and executive director.

Hewitt has more than 20 years of civil rights litigation and policy experience, including prior leadership roles in the nonprofit, philanthropic, and public sectors. As executive vice president at the national Lawyers’ Committee, he coordinated strategic, programmatic, and operational efforts to advance the fight for racial justice.

“Every time our most fundamental rights have been under attack, our organization has answered the call, alongside a vast network of allies and partners in the private bar,” he said. “At a time when our nation is at an important inflection point on racial justice and equity, I look forward to building on this proud tradition, while deepening our partnership with the private bar nationwide and leveraging new energy in the fight for racial justice. Together, we can make the promises of our democracy real and accessible for Black people, other people of color, and all Americans.

Prior to joining the national Lawyers’ Committee, Hewitt was the inaugural executive director of the Executives’ Alliance for Boys and Men of Color, a philanthropic network of more than three dozen national and local foundation presidents focused on strategic and aligned investments, policy change, and infrastructure-strengthening efforts at the intersection of race and gender.

For more than a decade, he served as an attorney at the NAACP Legal Defense and Education Fund, where he led the organization’s response to Hurricanes Katrina and Rita, and later directed the education litigation and policy docket. Additionally, he served as a senior advisor at the Open Society Foundations, where he coordinated special projects, including philanthropic responses to the uprisings following police killings of unarmed Black people in Ferguson, Missouri and Baltimore, Maryland.

Leadership and collaboration come naturally to Hewitt, as he showed while coordinating the civil rights community’s successful support for the confirmation of Kristen Clarke as assistant attorney general for civil rights and in philanthropy when he helped incubate, coordinate, and launch more than $200 million in collaborative grantmaking efforts on issues ranging from police accountability to college completion.

Hewitt is co‐author of the book, “The School‐to‐Prison Pipeline: Structuring Legal Reform,” and has published numerous law review and mass media articles on issues ranging from school discipline policy and progressive education reform to voting rights and juvenile justice policy. A New Orleans native, he holds a B.A. in political science from Louisiana State University and a J.D. from the University of Pennsylvania Law School.  Following law school, he clerked for the Hon. Eric L. Clay on the U.S. Court of Appeals for the Sixth Circuit.

How To Become a Go-To Employee

Learning When to Walk Away

How Employers and Employees Can Effectively Navigate The Job Search Process