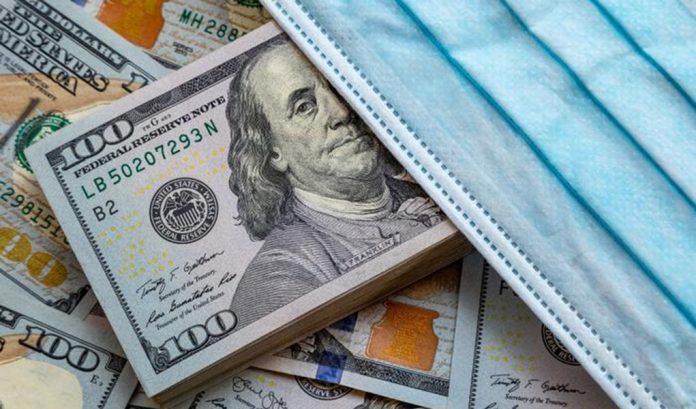 The Treasury Department has disbursed less than 8% — just $37.5 billion of $500 billion — of the emergency funds that Congress approved two months ago for loans and loan guarantees to help stabilize the economy, according to a report Monday from a congressional oversight commission created to monitor how the money is spent.

None of the $46 billion Congress set aside specifically for the airline industry and businesses critical to maintaining national security has been allocated as Treasury officials continue to review the applications for that money, the commission said.

And only one of the five programs the Treasury Department and the Federal Reserve have created to get $454 billion into the economy and to help states and local governments is operating, according to the report.

The half-trillion-dollar relief program was part of the CARES Act, passed by Congress in March to help bolster a U.S. economy largely shut down by the COVID-19 pandemic. It is separate from the Paycheck Protection Program, which proved highly popular in granting forgivable payroll loans to small businesses.

The report contains a series of questions for Treasury Secretary Steven T. Mnuchin and Federal Reserve Chairman Jerome Powell about when and how the programs will be disbursing the loans.

The only lending facility that has received funding is the so-called Secondary Market Corporate Credit Facility, which is supposed to purchase corporate debt. Treasury released $37.5 billion in early May.

The bulk of the remaining money that has been pledged will go to three “Main Street” lending programs, which are aimed at helping businesses with fewer than 15,000 employees or annual revenue of no more than $5 billion. The programs will offer four-year loans to qualifying businesses that were in good financial condition before the coronavirus closures, with principal and interest payments deferred for a year. The Fed will purchase 85% to 95% of the loan’s value.

The report linked delays in distributing the money to overly stringent guidelines that were initially proposed. Potential borrowers and lenders raised concerns about the guidelines, resulting in changes such as increasing loan sizes and eliminating a requirement that companies have to attest they need money “due to the exigent circumstances presented by” the coronavirus, according to the report.

The Treasury and Federal Reserve also modified the Municipal Liquidity Program, designed to purchase debts owned by states, cities and counties, after criticism that the population thresholds in the guidelines were so high that only a few dozen cities and counties would qualify.

State and local governments can use the funds from the debt purchase to make up for the decreased cash flow due to business and travel closures caused by the coronavirus, something elected officials have signaled will be necessary to mitigate cuts to education and other public services.

McConnell and Pelosi have not yet agreed on who will lead the five-member panel. An aide to McConnell had no update Monday on when that appointment would be made.

Critics say the failure to appoint a commission chairman two months after the oversight body was created illustrates how slow Congress and the administration have moved to monitor the release of more than $2 trillion provided under the CARES Act.

None of the three oversight bodies created by the act is fully functioning yet. Along with the congressional oversight commission, the bill created a special inspector general for pandemic recovery to monitor the $500 billion for the Treasury. Trump’s nominee has not yet been approved by the Senate.

There is also a Pandemic Response Accountability Committee made up of nine inspectors general whose departments have received coronavirus response funding through the CARES Act. Trump fired the inspector general picked as chairman, and a new chairman still has not been named.