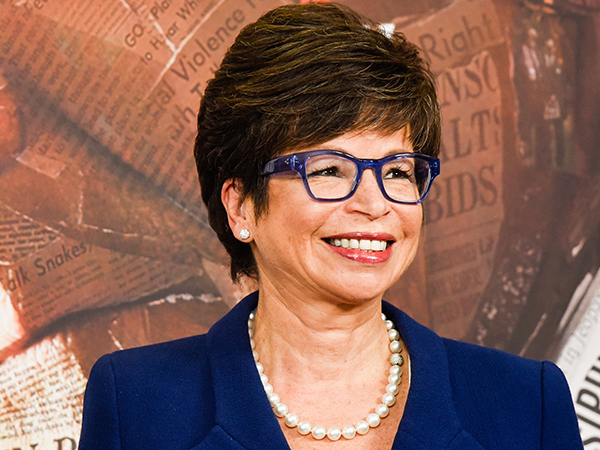 ?I am a frequent?Lyft?passenger and have been inspired by the strong community John and Logan have created that is dedicated to enlightened corporate values,? Jarrett said in a statement. ?We share a belief that reliable, affordable transportation positively impacts social mobility, and improves the quality of life in densely populated communities. I am thrilled to joint the ride.?

Logan Green, a co-founder of the ride-sharing company, said, ?Valerie is one of our country?s foremost leaders and a distinguished public servant, and a natural fit for our board. She will be a great partner for Lyft as we continue working alongside public transit agencies to provide upward mobility through transportation.?

In the letter, posted on Refinery29.com, Jarrett wrote, ?July 31st is Black Women?s Equal Pay Day. It is when we recognize the additional days in 2017 that the average Black woman must work in order to earn the same income as her white, male peers earned in 2016. That?s right. It would take half a year?s additional work for Black women in America to close the wage gap.?

She continued, ?And what particularly rankles me is that this pay gap continues even though Black women are doing everything that we associate with economic success. At a skyrocketing rate, Black women are pursuing higher education (in fact we?re the most educated group in the United States). We are participating in the labor workforce, and starting businesses. Just consider that in the last decade, the number of businesses owned by Black women increased 178% ? the largest spike among any racial and ethnic group of women or men. Yet, pay inequality costs Black women with Bachelor?s degrees an average of $10,000 their first year out of college.?

Other high-profile women who have used their platforms to rally against pay inequality include tennis star Serena Williams. ?Growing up, I was told I couldn?t accomplish my dreams because I was a woman and, more so, because of the color of my skin,? she wrote. ?In every stage of my life, I?ve had to learn to stand up for myself and speak out. I have been treated unfairly, I?ve been disrespected by my male colleagues and ? in the most painful times ? I?ve been the subject of racist remarks on and off the tennis court.?

According to online reports, Williams recently joined the board of directors at Survey Monkey, an online company that provides research on a variety of subjects such as bias elimination. Her involvement helped reveal findings of a new survey regarding Black women’s wages in the workplace. Some of those findings are that:

For Jarrett’s part, in addition to serving as senior advisor in the Obama administration, she chaired the White House Council on Women and Girls and notes that President Obama supported gender equity and signed into law, as his first order of business as president, the Lilly Ledbetter Fair Pay Act which “prohibits gender-based discrimination and allows women to fight back against discrimination in the workplace.” (In her letter, Jarrett also cites the 2014 Fair Pay and Safe Workplaces Order, another protection President Obama put in place for women in the workplace which the current president has since dismantled.)

Prior to joining the White House, Jarrett was the CEO of the Habitat Company, which specializes in real estate development. Before that, she worked for Chicago Mayor Harold Washington in the role of Deputy Corporation Counsel for Finance and Development.

Chairman of the Chicago Stock Exchange from 2004-2007, Jarrett has served on several boards of trustees including the University of Chicago Medical Center and Chicago?s Museum of Science and Industry.

A member of the board of directors at USG Corporation, Jarrett earned a B.A. from Stanford University and a J.D. from the University of Michigan.

Civil rights heroes mourn Kennedy as one of theirs