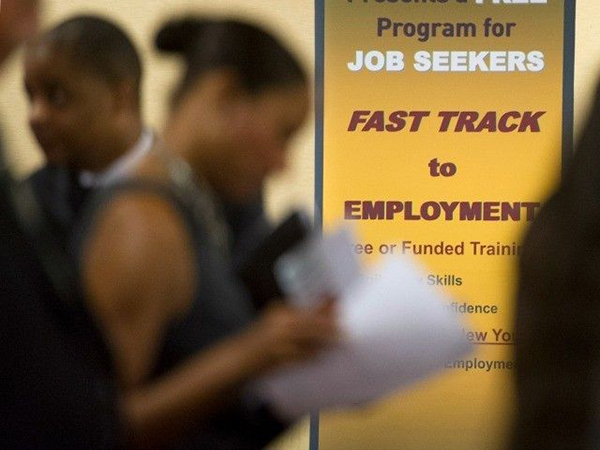 Some of the highlights of July?s jobs report:

?The unemployment rate ticked down slightly to 4.3 percent from June?s 4.4 percent and matched May?s 16-year-low.

?There?s a demand for labor, but it?s not overheating on the wage front,? he said.

Analysts described the report in positive but measured terms and noted that the labor market is continuing to improve.

?While the pace of jobs creation in 2017 may not be as strong as the year before, it?s still respectable for mature economic expansion,? said Mark Hamrick, senior economic analyst for consumer financial services firm Bankrate.com.

?So far, the economy and financial markets are performing despite the noise being generated by Washington, D.C.,? Hamrick said.

Consumer and business spending are both ?efficient,? but not quite robust, he said.

The food and beverage services, professional and business services and health care sectors all saw job gains last month. So far this year, job growth as a whole has averaged about 184,000 per month, compared with a 187,000 average monthly gain in 2016.

Job growth in the food and beverage services sector ? which added 53,000 positions in July and 313,000 so far this year ? is especially notable since it indicates a further change in consumer spending habits.

While consumers have cut back on spending at brick-and-mortar stores, they are more interested in going out to eat, which affects the broader labor market, said Cathy Barrera, chief economic advisor for job search site ZipRecruiter.

?We?re seeing a shift in how consumers are spending their time, and that?s been having an impact on exactly where the jobs are,? she said.

Warehousing and transportation jobs also saw an increase in July, probably helped by the continued uptick in e-commerce sales.

While the average hourly wage has increased 2.5 percent year-over-year, economists said these gains are not quite as high as expected when paired with the low unemployment rate.

Historically, wages have grown when the unemployment rate is below 5 percent, said Barrera of ZipRecruiter.

The labor participation rate for workers without a high school diploma has also started to rise.

The number of part-time workers who would have preferred full-time employment remained essentially unchanged in July at 5.3 million.