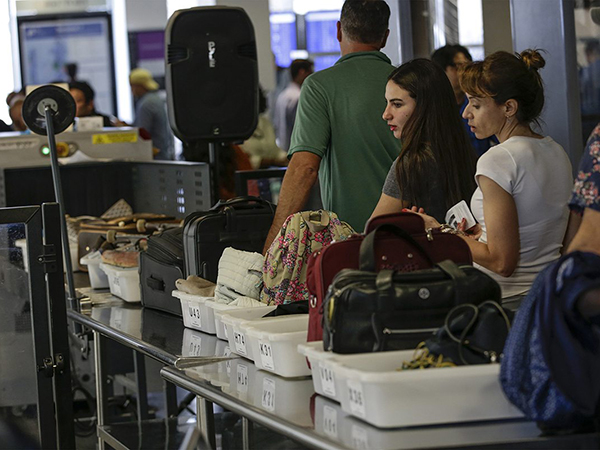 New security measures added at international airports now allow laptop computers, tablets and other large electronic devices in the cabins of flights to the United States, the Department of Homeland Security announced Thursday.

The federal agency that oversees airline security declined to detail the new security measures but confirmed that the precautions came in response to threats that terrorists were working on ways to hide explosives in laptops or other electronic devices.

?This quick and decisive action taken by airlines, nations and stakeholders are a testament to our shared commitment to raising the bar on global aviation security,? Homeland Security Secretary John Kelly said in a statement.

In March, the U.S. imposed a restriction on all electronic devices larger than a smartphone in passenger cabins of flights from eight Middle Eastern and African countries. Kelly hinted later than he was considering expanding that restriction so it would apply to all flights into the U.S.

Kelly said during a speech at a security conference last month that terrorists are still working to take down a commercial airline ? 16 years after the 9/11 terror attacks involving four commercial jets.

But as of Thursday morning, the Homeland Security Department announced, all 180 airlines and 280-plus airports with direct flights to the U.S. have adopted enhanced security measures instead of having to implement a laptop ban.

The announcement was cheered by airlines and travel trade groups that had predicted that a laptop ban would discourage trips to the U.S. and thereby hurt the airline and hospitality industries.

?This is obviously welcome news, from both a security and an economic standpoint,? said Roger Dow, chief executive of the U.S. Travel Association, a trade group for the nation?s travel industry. ?We are glad that all passengers on these flights will be able to travel as safely and conveniently as possible.?