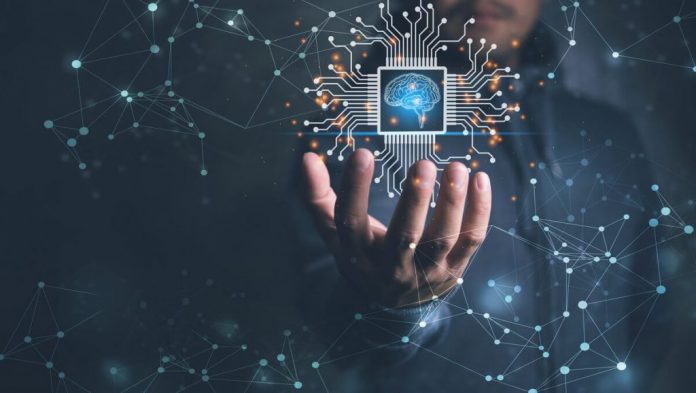 As the insurance industry increasingly relies on artificial intelligence, its state-based regulators are thinking about how to ensure that the technology treats policyholders fairly.

The National Association of Insurance Commissioners last month unanimously adopted guiding principles that AI be fair, ethical, accountable and safe. But these are largely broad-brush notions for a technology that is just starting to be used.

Insurers and rating and advisory organizations “should be responsible for the creation, implementation and impacts of any AI system, even if the impacts are unintended,” the NAIC’s Innovation and Technology Task Force, part of its Executive Committee, wrote.

Jon Godfread, chairman of NAIC’s Artificial Intelligence Working Group, described the principles in an interview as an “aspirational document” or “guidepost” for internal discussions among regulators. They don’t carry the weight of law and aren’t model regulations.

“This will be the starting point for the next steps of AI regulation,” added Godfread, who is commissioner of the North Dakota Insurance Department.

Those next steps could be reporting requirements for insurance companies’ usage of AI and a certification process. Certification may mean a third party or internal actuary would run checks to make sure the AI doesn’t have implicit biases or commit “proxy discrimination,” which occurs when computers make selections based on data that acts as a proxy for race or other traits.

Godfread said regulators need more information about whether AI has been a problem. He said the technology has been used to speed internal processes, but the industry hasn’t reached the point of having “a lot of consumer-facing decisions being made using artificial intelligence.”

Rep. Bill Foster, D-Ill., chairman of the House Financial Services Committee’s Task Force on Artificial Intelligence, said in an interview that the NAIC is struggling with the same issues as everyone else: determining the details of what’s “fair and ethical.”

Foster described a scenario where auto insurers might use targeted advertising to maximize profitable customers. If an algorithm is designed to treat young men and young women fairly by charging them the same rates, then women would be more profitable customers because they tend to be less risky drivers. The algorithm would end up finding proxies for gender, such as which websites a person visits.

Foster’s task force held a hearing in February that focused on ways to lessen AI bias in financial services, which explored the idea of auditing algorithm outputs.

Foster sponsored an amendment that would end a ban on unique patient identifiers, which was added to a bill that the House passed in July. He said a main concern with these identifiers was that insurers would discover patients’ preexisting conditions, which could drive rates up or lead to canceled coverage.

But the identifiers have benefits, such as allowing easy transfer of medical histories to a new provider, which reduces errors and helps identify insurance fraud when a person doesn’t supply a record, Foster added.

“We have to continue this discussion,” Foster said. “I’m really happy that the NAIC has started to grapple with this.”

Edin Imsirovic, an associate director at insurance rating firm AM Best, said the NAIC’s artificial intelligence principles are “exactly what the industry needs.” The fact that companies are gaining access to more data through AI doesn’t mean their algorithms are acting fairly — or, as Imsirovic said, “Garbage in, garbage out.”

He said companies are finding artificial intelligence, including machine learning, effective in areas such as fraud detection, customer service and claims processing, but not useful in others. Machine learning is the process by which an AI improves its performance through trial and error rather than specific programming.

“The takeaway, I would say, is that we haven’t really seen anything yet compared to what’s to come in coming decades, as we move towards more sophisticated” technology, Imsirovic said.

A new use is “computer vision” for claims handling, in which AI identifies objects, such as drones detecting roof damage after a storm instead of people risking injury to take photos.

Despite these growing uses, it’s difficult to quantify the extent to which machine learning is used in insurance, Imsirovic said. Therefore, the burden of implementing principles to govern it is unclear.

“It’s hard to quantify new work associated with the NAIC principles, but they fit well into life insurers’ commitment to equality,” said Susan Neely, president of the American Council of Life Insurers.

In a report on Aug. 12, reinsurance company Swiss Re said the use of machine learning in insurance is limited and data quality issues hold back many firms. The company’s affiliate, Swiss Re Institute, found that 80 percent of companies lack sufficiently clean and curated data for implementing machine learning in the most productive way.

The main advantage of the technology is that it can bring larger profits through both revenue generation and cost savings. Insurance use of the technology yielded returns in areas including customer analytics and claims processing, according to Swiss Re.

With that kind of incentive, the importance of keeping the technology ethical and fair will rise.

America’s Health Insurance Plans spokeswoman Kristine Grow expressed support for the NAIC’s approach. Two other industry groups, however, said they are waiting for more information to fully understand the impact.

“As with other high-level regulatory guidance, the details are going to matter when the principles are applied in practice and will determine the relative burden of implementing them,” said Jon Berger, vice president of public policy and federal affairs for the National Association of Mutual Insurance Companies. The association has concerns about the interpretation of some of the terms and concepts in the document, he said.

“It is too early to determine what the operational impact will be of the artificial intelligence guiding principles that were recently adopted by the NAIC,” O’Brien said. “These principles are intended to serve as broad guideposts, and APCIA will continue to be involved with NAIC on this and other related issues as they develop.”

Remote Workers Are Being Recruited Aggressively

Five Things You Should Never Pay For