By Heather Somerville and Gina Cherelus

(Reuters) – Uber Technologies Inc [UBER.UL] put its self-driving cars back on the road on Monday, voicing confidence in its autonomous vehicle program three days after one of its cars was involved in a crash in Tempe, Arizona.

Uber wrapped up a brief investigation and cleared its autonomous cars to resume driving in the three cities where it operates a self-driving pilot program – Tempe, San Francisco and Pittsburgh, Pennsylvania – an Uber spokeswoman, who declined to be named, told Reuters.

On Friday, Uber suspended its pilot program in the three cities after the crash, in which a human-driven vehicle “failed to yield” to an Uber vehicle while making a turn, said Josie Montenegro, a spokeswoman for Tempe’s police department. The Uber car was in self-driving mode at the time of the crash. “The vehicles collided, causing the autonomous vehicle to roll onto its side,” Montenegro said in an email. “There were no serious injuries.”

A driver and an engineer were in the front seats of the Uber Volvo SUV at the time, a standard requirement for the self-driving cars. The back seat was unoccupied.

A full police report on the crash is expected as early as the middle of this week, said Detective Lily Duran of the Tempe Police Department. She said the Uber vehicle was not at fault in the collision. Photos and a video posted on Twitter by Fresco News showed a Volvo SUV flipped on its side after an apparent collision involving two other, slightly damaged cars. Uber said the images appeared to be from the Tempe crash scene.

There are no reported collisions involving Uber self-driving cars in Pittsburgh, where the company launched its first program in September, Pittsburgh police spokeswoman Sonya Toler said.

Experts in autonomous vehicles say crashes involving such cars will happen, but as autonomous technology improves so too will the safety of everyone on the road.

“Driverless cars keep getting better the more they drive, whereas humans have a roughly constant safety record over the years,” said Hod Lipson, a professor of mechanical engineering and roboticist at Columbia University, who estimates there are about 23,000 traffic fatalities per week globally.

“The idea that somehow a human driver makes the drive more secure is false comfort, and potentially dangerously misleading,” he said.

Uber’s driverless car program has had its share of controversy. In December, Uber moved its cars from San Francisco to Arizona after a standoff with the California Department of Motor Vehicles. Uber had refused to apply for the necessary permit to test autonomous vehicles on public roads, and the DMV revoked the registration of 16 Uber self-driving cars.

Uber conceded and applied for and received the permit earlier this month.

The company also faces a lawsuit from Alphabet Inc’s <GOOGL.O> self-driving car unit, Waymo, which accuses Uber of stealing designs for technology critical to autonomous cars known as Lidar. Uber has said Waymo’s claims are false. The lawsuit set in motion what many in the self-driving sector predict will be a closely watched, acrimonious trade secrets battle between the two tech rivals.

(Reporting by Heather Somerville in San Francisco and Gina Cherelus in New York; Additional reporting by Jessica Toonkel in New York and Aishwarya Venugopal in Bengaluru; Editing by Leslie Adler) 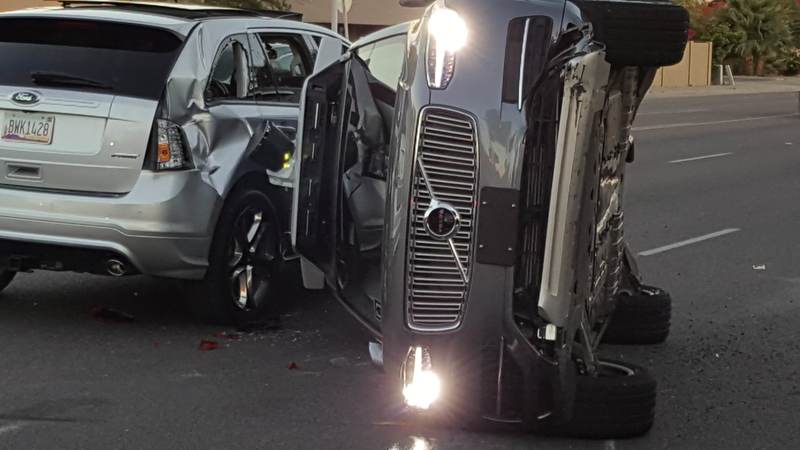