WASHINGTON (Reuters) – U.S. home resales unexpectedly rose in November, reaching their highest level in nearly 10 years, likely as buyers rushed into the market to lock in mortgage rates in anticipation of further increases in borrowing costs.

The third straight monthly increase in existing home sales, reported by the National Association of Realtors on Wednesday, suggested housing would contribute to economic growth in the fourth quarter after being a drag in the previous two quarters.

“The strength in home sales, if it holds, will provide a big boost for consumer spending in 2017 and makes us more confident about our outlook for stronger growth next year,” said Chris Rupkey, chief economist at MUFG Union Bank in New York.

Economists had forecast sales slipping 1.0 percent toa 5.50 million-unit pace in November. Sales were up 15.4 percent from a year ago. They rose in the Northeast and South, but fell in the Midwest and West last month. Mortgage rates have surged in the wake of Donald Trump’s victory in the Nov. 8 presidential election. Trump’s proposal to increase infrastructure spending and slash taxes is seen as inflationary.

Since the election, the interest rate on a fixed 30-year mortgage has increased about 60 basis points to an average 4.16 percent, the highest level since October 2014, according to data from mortgage finance firm Freddie Mac.

Mortgage rates are expected to rise further after the Federal Reserve raised its benchmark overnight interest rate last week by 25 basis points to a range of 0.50 percent to 0.75 percent. The U.S. central bank forecast three rate hikes next year.

The prospect of higher mortgage rates could be pushing undecided buyers into the market. But the combination of higher borrowing costs and rising house prices, which are outstripping wage growth, could hurt home sales.

House prices have been marching ahead amid a chronic shortage of properties for sale. The median house price was $234,900 last month, a 6.8 percent increase from a year ago.

Economists, however, expect higher mortgage rates to have a minimal impact on home sales as the labor market nears full employment and the economy strengthens.

“This is a housing market at a crossroads,” said Stephen Phillips, president of Berkshire Hathaway Home Services in California.

“The higher mortgage rates we’ve seen since the election will likely slow activity and price increases, but faster income growth might more than offset that trend as we look toward next year’s spring market.”

A separate report from the Mortgage Bankers Association on Wednesday showed applications for loans to buy a home increased 3 percent last week from the previous week.

The dollar <.DXY> was trading lower against a basket of currencies after the data, while prices for U.S. government bonds rose. U.S. stocks were slightly weaker, with the Dow Jones industrial average <.DJI> still hovering near the 20,000 mark.

Last month’s increase in home resales means more brokers’ commissions, which are included in the residential component of the gross domestic product report.

The Atlanta Fed is forecasting GDP rising at a 2.6 percent annual rate in the fourth quarter. The economy grew at a 3.2 percent pace in the July-September period.

Existing home sales remain constrained by a persistent shortage of properties available for sale. Last month, the number of unsold homes on the market fell 8.0 percent from October to 1.85 million units.

Supply was down 9.3 percent from a year ago and has now declined for 18 straight months on a year-on-year basis. At November’s sales pace, it would take 4.0 months to clear the stock of houses on the market, down from 4.3 months inOctober. A six-month supply is viewed as a healthy balance between supply and demand.

Housing inventory could remain an obstacle, with a report last week showing a plunge in home construction in November. With supply tightening, house prices notched their 57th consecutive month of year-on-year gains in November.

Rising house prices are increasing equity for homeowners and encouraging some to put their homes on the market, but making it more difficult for first-time buyers to purchase homes.

First-time buyers accounted for 32 percent of transactions last month, well below the 40 percent share that economists and realtors say is needed for a robust housing market. 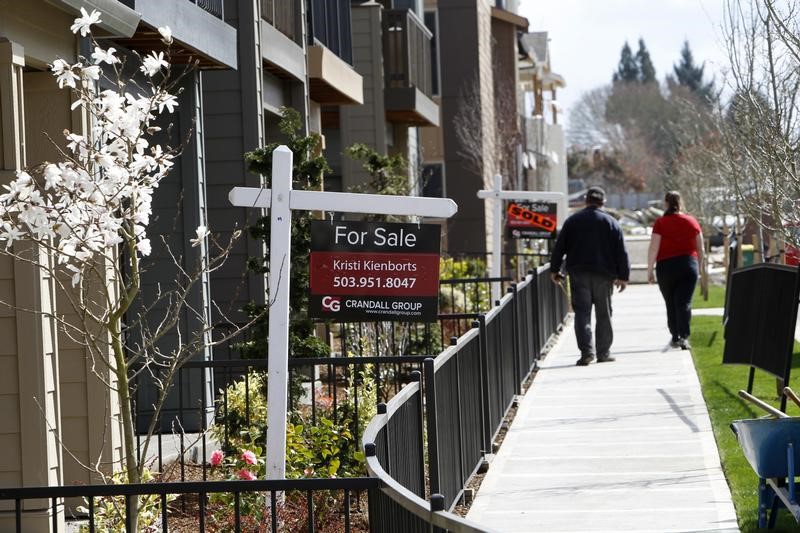