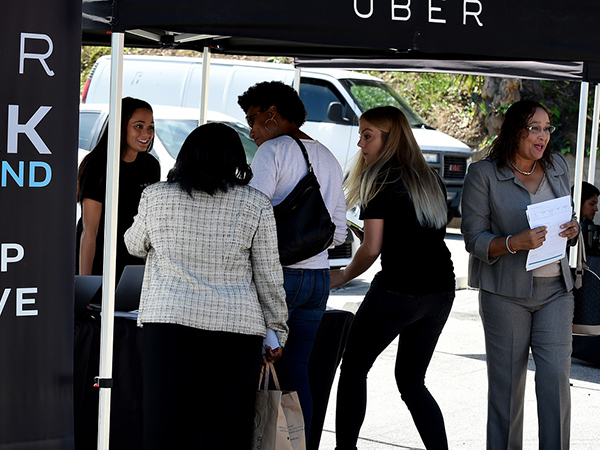 U.S. job creation, slowed to a crawl by the hurricanes in September, fired back up last month as employers added more than a quarter-million new jobs. But for most workers, bigger wage gains remain elusive.

The government?s latest report on national employment, released Friday, showed that the labor market remains resilient. Employment snapped back last month with the addition of 261,000 jobs, after Hurricanes Harvey and Irma depressed payrolls in September. Workers at restaurants and bars returned to their jobs. Hiring in manufacturing picked up, even as it languished at retailers.

The unemployment rate fell to a 17-year low of 4.1 percent.

Although last month?s rate decline was because of a large drop in the size of the labor force, measures of unemployment and under-employment have come down significantly this year. The number of employees who are working part-time involuntarily ? either because they could not find full-time jobs or could not get more hours from their employers ? has declined by about 1.1 million from the start of the year.

For those with college degrees, the unemployment figure is now down to 2 percent. And the rate for those with less than high school diplomas, 5.7 percent in October, is the lowest in at least 25 years.

And yet, there is little indication that workers are broadly getting higher pay.

Friday?s Labor Department report said that average hourly earnings for all private-sector workers dropped 1 cent month, to $26.53, after rising 12 cents in September. Over the past 12 months, average pay for workers has risen just 2.4 percent, about the same pace as over the past three years.

That wages haven?t accelerated has been a puzzle. It could be there is more slack in the labor market, meaning more people are available for work than official unemployment statistics would suggest. Some think it?s because younger people replacing the large cohort of older employees are coming in at lower pay rates. There are also more part-timers today than before the 2007-09 recession, and these workers tend to get smaller pay raises than full-time employees, said Cathy Barrera, chief economist for the jobs site ZipRecruiter.

Whatever the reason, many analysts are expecting wage growth to rise very soon as the supply of workers continues to thin. Already many employers are struggling to find qualified workers. The retail industry, for example, reported 647,000 openings in August, the most ever for that month.

Jack Kleinhenz, chief economist at the National Retail Federation, agrees that wages are bound to head higher. At the same time, he said many retailers don?t have much pricing power, thanks in part to competition from online stores. After reaching a peak employment of 15.9 million in January, the retail industry has shed 101,000 jobs since then, including 8,300 last month, many at department stores and clothing outlets.

The size of the decline is exaggerated, Kleinhenz said, because some of those lost jobs were shifted to warehouses as stores do more business online. For the holiday shopping season, retailers are expected to add up to 550,000 workers in November and December ? down from 675,000 in the comparable period of 2015.

In contrast, American manufacturers have been gathering steam recently. After no new net hiring last year, the manufacturing industry has added 156,000 workers in the past 12 months, including 24,000 in October.

Last month there was also strong hiring at higher-paying professional and business services. Health care also had a solid month.

On the whole, the job growth of 261,000 in October was less than the 310,000 that analysts were expecting, but the September payroll change was revised higher ? from a loss of 33,000 jobs initially reported to a gain of 18,000. Job gains for August also were higher than previously estimated.

Analysts expect the economy to keep adding around 150,000 jobs a month, on average, in the near term. That would be well above the roughly 100,000 jobs needed to absorb the increase in the workforce population and keep the unemployment rate from rising.