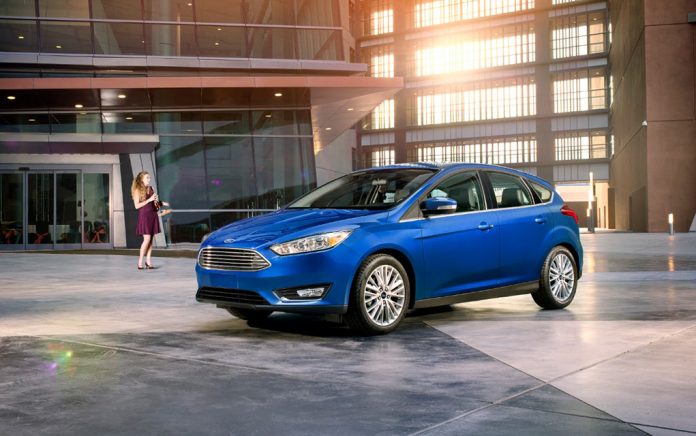 Ford announced in August that the all-new Ford Focus will not be coming to the U.S. in 2019 after all. Ford will halt shipment of the entire Ford Focus lineup to the U.S., including the current model. The Trump trade tariffs and the high cost of building a world-class small vehicle in the U.S. has forced Ford to abandon its plans to bring the new Focus models here.

With the new tariffs on Chinese imports, the Michigan-based manufacturer, says it’s too cost-prohibitive to ship the Chinese-built Ford Focus sedans and the 2019 Focus Active crossover to the U.S. However, you may be able to still buy the 2018 Ford Focus 4-door sedan, or 5-door hatchback at your local dealership.

Meanwhile, Ford announced that it will stop selling sedans all together and focus on sales of its trucks and SUVs, with the exception of the Ford Mustang, which is the best selling sports car in the U.S.  The decision comes at a time when trucks and SUVs have replaced sedans as the top selling vehicles in the U.S. and the Ford F150 is the number one selling vehicle of any model.

It’s disappointing since the all-new Ford Focus hatchback was modified with a crossover body trim for 2019. The Ford Focus Active, an affordable subcompact Crossover, could have been the centerpiece of Ford’s small compact crossover strategy.

Despite eliminating Fiesta, Fusion, Taurus and the Focus lineup, Ford continues to introduce new trucks, SUVs, hybrids and electric vehicles. From a profiting standpoint, the Focus only represented about 50,000 vehicles a year in the U.S., according to a Ford spokesperson.

Ford promised us that it was the “best compact vehicle that Ford has built in over 100 years,” because the 2019 Ford Focus models were redesigned on the inside and outside, have new fuel-efficient engines and come fully-loaded with the latest high tech safety and other advanced features. Ford surveyed customers around the world to build a globally competitive small vehicle.

I tested the previous generation 2018 Ford Focus 4-door with the Titanium package that included a premium sound system, navigation, and park assist. The current options includes a  1-liter engine that’s available with 80, 100, or 125 horsepower or a 1.5-liter Ecoboost three-cylinder engine that gets 150 or 182 horsepower. Both have the ability to deactivate a cylinder to save fuel when needed. All versions are paired with either an automatic 8-speed intelligent shift or 6-speed manual transmissions.

A New Wave of Crossovers: Zoom in an SUV and a...